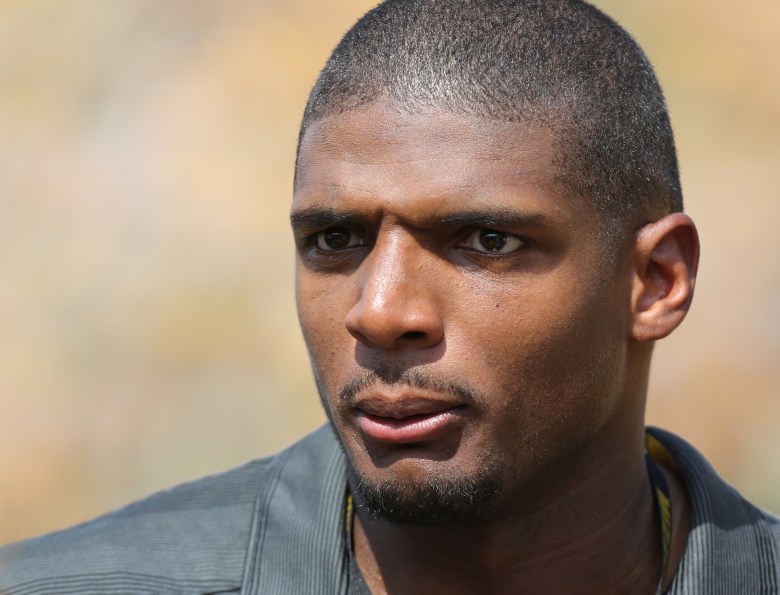 In a move sure to piss lots of people off, the Dallas Cowboys have decided to release Michael Sam, who some of you may have heard about.

Sam, the first openly gay player in the NFL, was originally drafted by the St. Louis Rams before being released. Sam then spent the first seven weeks of the season on the Cowboys practice squad but never made the 53-man roster.

For his part, Sam took to Twitter and released the following three-part statement:

I want to thank the Jones family and the entire Cowboys organization for this opportunity, as well as my friends, family, teammates, (1/3)

and fans for their support. While this is disappointing, I will take the lessons I learned here in Dallas and continue to fight for an (2/3)

opportunity to prove that I can play every Sunday. (3/3)

For their next move, the Cowboys plan to shoot Old Yeller in front of a group of school children.

Thanks, Cowboys, for returning to the eminently hateable franchise that you never really stopped being.

For his part, Sam should look for work in the NFC South. None of those teams should be able to look a reporter in the eye and honestly claim their defense might not be improved by last year’s SEC Defensive Player of the Year. And none of them should be allowed to hide behind the excuse of “distraction.” Having defenses more repulsive than the whole gamergate story is a distraction. Adding a player to your practice squad who could earn some time in specialized pass rush situations is just football. 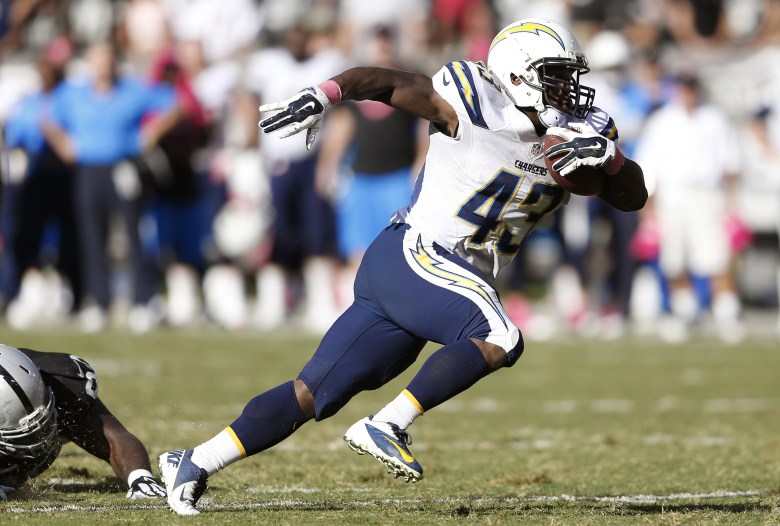 By the time you’re reading this column, this game could be very much in the past. It’s certainly a sexy game on paper: the 5-2 Chargers love to win big games like this and a 5-1 Peyton Manning team, fresh off last week’s record setting performance, but the reason it’s a half-watch is because Thursday Night Football is fundamentally flawed and until the NFL incorporates bi-weeks to make sure it’s players have properly healed the games are going to be dreadful and not worth more than a glance. 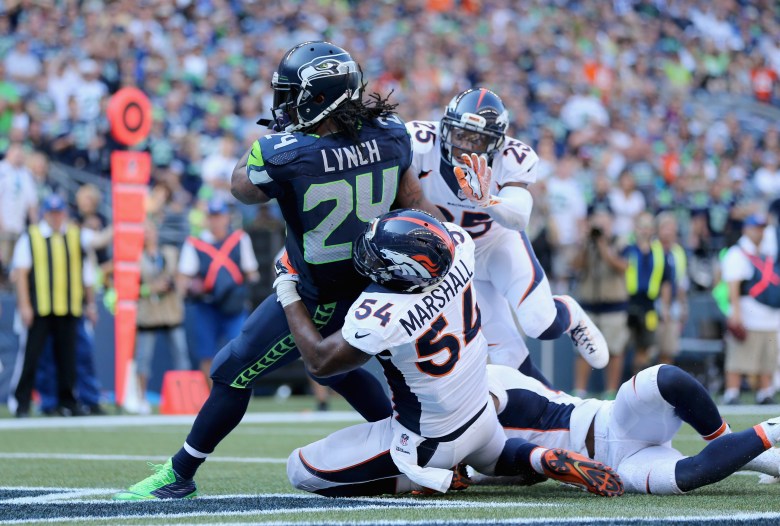 It didn’t take long for the defending champs to become a complete and total dumpster fire which, in retrospect, was completely foreseeable. Lots of young people who just made bank and plenty of egos. Whether or not this is merely a blip in another playoff run, there is actually, at this moment in time, blood in the water. People believe they can beat Seattle and that defense. That’s a huge step down from the mystic of the Legion of Boom. The Panthers regressing was foreseen, but they have been the best team in a horrid division and since they’re at home, could very easily win this game to put the Seattle tailspin into high gear. So much of that is hateable. The egos, the race issues an NFC South team winning. Hate all of it. 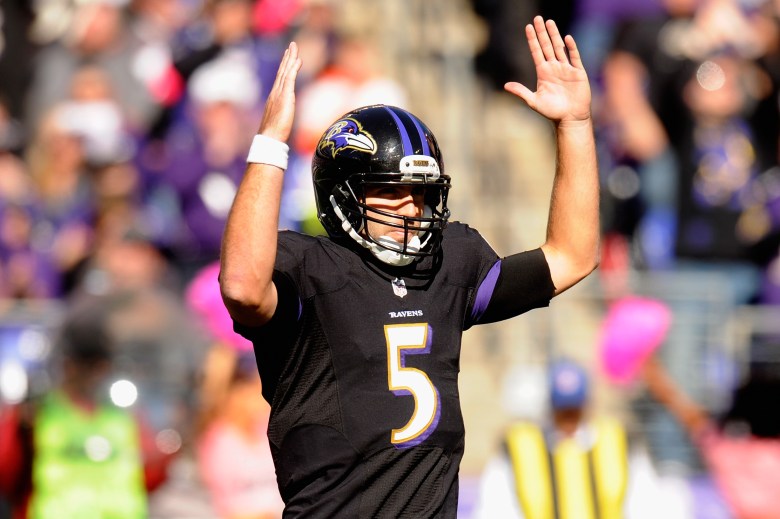 The surprisingly good Ravens–you may have heard that they lost their starting running back before the season–against a competent, but glass ceiling restricted, Bengals team is a great inside the division match up and perfect for this time of year when it’s just starting to get dark and grey and spooky. Fun fact, when you Google “Ravens Murder” you get this. 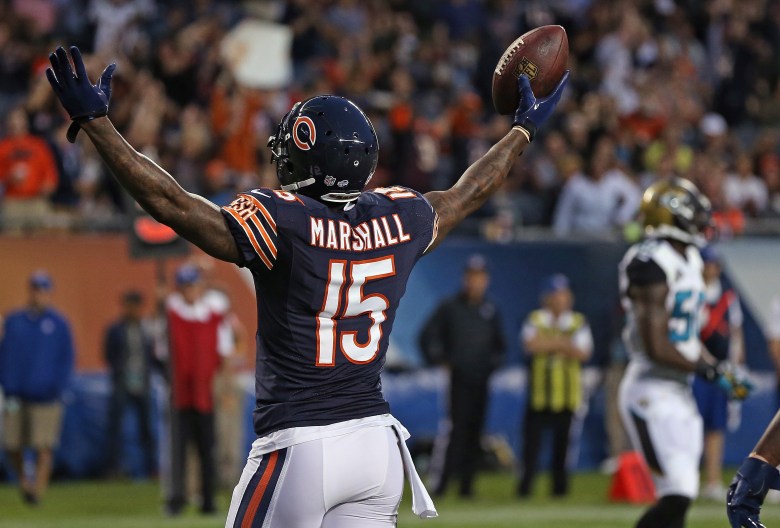 This is almost a hate-watch. Almost. These two teams are so confusing on a week to week basis, and there is joy in that for those who despise Tom Brady or Jay Cutler, but it also makes for compelling television. The fact that both of these two teams are going to be in the playoff chase deep into the year–and the Patriots seem like a lock to make it because their division can be used by nurses as a way to induce victims of food poisoning to vomit–makes it a game worthy of your time and attention. The Bears had their own inside the locker room mess this week but their drama, and their fans drama, is two-fold: this is a Bizzaro Bears team that is trying to win with offense and has a meh defense, which freaks the fans out; that offense has two monster wideouts and neither of them has looked particularly healthy. If both are back to playing at full strength, the one not on Revis Island can do some damage this weekend (please let it be Alshon Jeffery) and put Chicago back on track. But the Patriots at home is as constant as death and taxes. Even if Brady is throwing to people who look live Dave in accounting. 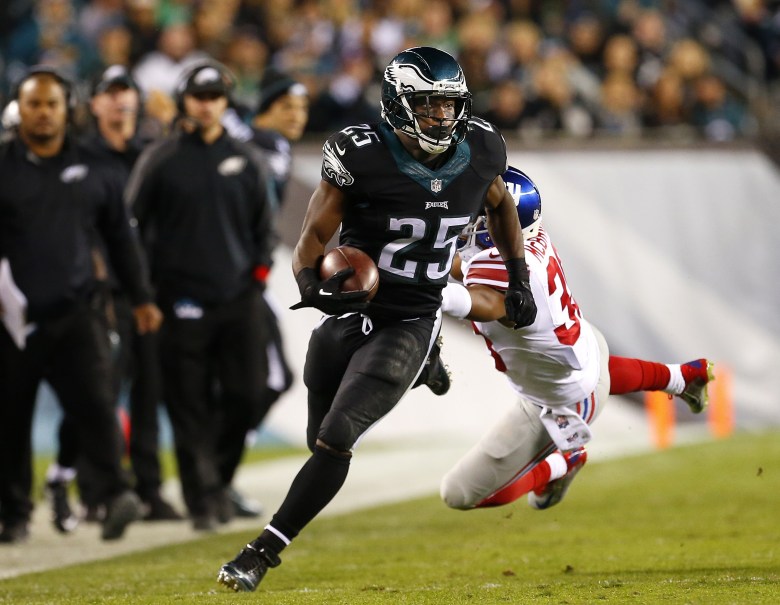 This is a sneaky-good game led by two really good head coaches. A word first, about the man not pictured: Bruce Arians is a wizard. Whether it be the year filling in seamlessly for Chuck Pagano in Indianapolis, winning 10 games in the best division in football last year, or putting together a probably playoff run this year, the man can just flat out do coach. If the NFL were college football, every top program in the country would be looking to poach him for unbelievable sums of money and he’d be worth every penny. On the other sideline is a man who knows that dynamic all too well: Chip Kelly, whose system is so good it has made Mark Sanchez look like a top 10 NFL quarterback in spots this preseason. Is it good enough to contend with a fantastic Arizona defense? Pop open a cold beverage and make the time to find out.

Prime ministers questions is just the best. We should have it here.

Listen, Casino Joe Scumaci is my buddy, co-host and business partner. But he’s kicking my ass in page views and I’m gasping to keep up. In true hater form, I’m now incorporating a piece of this column about gambling and, as has been done in the past whether it be Tony Kornheiser having Reginald The Monkey pick or Drew Magary having Nazi Bill Simmons pick, I’m having the dog in my apartment, Sierra, pick an underdog of the week. The methods? Arbitrary. I’m going to put some highlight videos on of prominent underdogs in front of Sierra and see what she reacts to. Logical? No. Compelling to write about? You bet! Jesus Christ I subcolumn Drew Magary a lot. Anyway:

I get that this is essentially New Orleans’ season and they’re at home, so I’m not endorsing Sierra’s pick necessarily, all I know is that she barks like a crazy person whenever I enter the apartment and when I tell her to “Relax” she gets even more excited. From that, I’ve extrapolated that she’s all about NFL MVP front runner Aaron Rodgers and when Green Bay is getting points against that Saints defense, the dog has a point. Even if she’s constantly defecating inside the house. She also wagged her tail a lot when I put some youtube clips of the Packers in front of her, so I’m confident I’m not misrepresenting her wishes at all.

Bartlet: Donna wants me to call Karen Cahill and make it clear she wasn’t hitting on her when she gave her her underwear.

Leo: Yeah, that’s because I made fun of her shoes and Sam said there were nuclear weapons in Kyrgyzstan and Donna went to clear up the mix up and accidentally left her underwear.

Bartlet: There can’t possibly be nuclear weapons in Kyrgyzstan …

Enjoy the weekend and the games everyone. And see? You didn’t die from Ebola. You gotta trust me on this stuff. Cheers.