Sony’s rumored successor to the PlayStation 3, the PlayStation 4, may feature a controller that will come outfitted with a touchpad peripheral. Kotaku obtained an official “Orbis” document about the PS4 developer’s kit back in January, which revealed some information on the new console’s controller.

The touchpad will mimic the PSVita’s rear touchpad, which is capable of recognizing a person’s finger input. The touchpad addition to the controller may also be “clicked” by players for an additional button input.

A video explanation of the PSVita’s rear touchpad can be viewed below:

The controller may also come outfitted with a “Share” button used for social networking features. Motion sensing technology will make its way over to this controller from Sony’s DualShock 3. 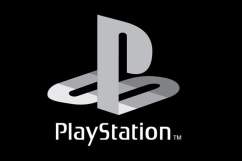 The PS4 development kit revealed some tech specifications about the system:

Sony’s PlayStation meeting on February 20 is rumored to be the official unveiling of the PlayStation 4. GameSpot reported that the event will be livestreamed online for everyone to see.