Recently, video game publisher Electronic Arts and developer DICE finally released some official footage of it’s next installment for it’s most successful military FPS series – Battlefield 4. Here are the top five facts you need to know about the trailers, the gameplay, and what consoles it will be available for.

1. A 17-Minute Gameplay Trailer Has Been Released

A lengthy gameplay trailer for the game was recently unveiled. It manages to display the outstanding graphics, scripted plot moments, and pulse pounding action the series is known for supplying gamer’s. The game’s “Frostbite 3” game engine is on fully display here, also. The full 17-minute demonstration can be seen above.

2. A 60-Second TV Advertisement Has Also Been Released

The official television advertisement for the game was also unleashed upon the internet. Around the game’s official release schedule, this ad should pop up on a TV screen near you. EB Games is currently taking pre-order’s for the game and offering customers real dog tags and a premium expansion pack. Check out the vid above.

3. Plenty Of New Vehicles Will Be Usable


The Battlefield video game series is known for sporting a collection of real-world combat vehicles that can be utilized within the game. Some of those vehicles include the RHIB boat, the American AMTRAC, the Chinese WZ-10 helicopter, and the Russian VDV Buggy. As for some of the weapons seen thus far, they include the MK.46 SAW, the AEK-971, and an M320 Portable Grenade Launcher.


DICE creative director Lars Gustavsson spoke to VG27 and confirmed that Battlefield 4 won’t be appearing on Nintendo’s Wii U. His comment stated that his company is playing it safe by releasing the game on the PS3, Xbox 360, PC, and possibly next-generation consoles:

I think overall for me as creative director, number one is to deliver a really great game and experience. Sometimes, at least for us, it’s focusing on what you do well and what you know well, and ensuring that you deliver something good than trying a bit too much, stretching yourself too thin and risking it. I’d rather play it safe, deliver something really good and then look at the future and what could possibly be done than trying a bit too hard and [failing].

The game will hit consoles in fall 2013. An online beta for the game will go live sometime this year as well.

5. The Plot Involves U.S. Soldiers Trying to Escape From Shanghai


According to the Battlefield 4 Wiki page, the plot involves a group of American VIP’s that are looking to evacuate Shanghai. The game also details the struggle of an American military squad as they try to make their way back to U.S. soil from an endangered zone. 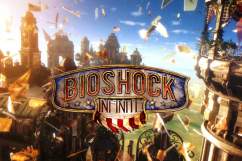