Activision is keeping the ball rolling on its super popular 1st-person shooter series with the impending release of Call of Duty: Ghosts. And get this – a release date has actually been announced.

Call of Duty: Ghosts is hitting retailers on November 5, 2013. Check out the official “Masked Warriors” trailer above.

The game franchise’s website includes a teaser image that compiles tweets with the hash tag, #CallofDuty. The tweets are managing to compose a full image of Simon “Ghost” Riley’s (the British solider last seen in Call of Duty 2: Modern Warfare) face mask:

A YouTube user by the name of “Drift0r” posted a video that delves into the game’s plot and other important information: 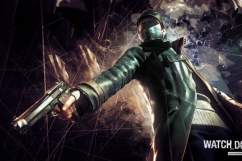 In a press release for the game, president of the interactive entertainment business at Microsoft Don Mattrick spoke about the excitement centering around the game:

We are consistently thrilled with the overwhelming response received from critics and consumers alike to the Call of Duty series, which has firmly established its home on the Xbox 360 with the game’s largest and most engaged community. With Call of Duty: Ghosts, we have no doubt that our longtime partners, Activision and Infinity Ward, will raise the bar higher than ever before for this incredible franchise.

An official promotional poster for the game also outed the impending release of this upcoming FPS. Pre-Order’s should go live at your local GameStop sometime soon. There seems to be an extra incentive for those who take the plunge early:

The official Facebook fan page for Call of Duty: Ghosts is now live. This much anticipated sequel will land on the PS3, Xbox 360, PC, and next generation consoles (PS4 and Xbox 720).

The worldwide gameplay reveal will be shown live at the worldwide Xbox reveal on May 21, 2013. You can check out the reveal trailer on Xbox.com, Xbox Live, or SPIKE TV at 10 a.m. PDT.

According to IGN, Activision stated that COD Ghosts “delivers a riveting all-new gameplay experience built on an entirely new story, setting and cast of characters, all powered by a new, next generation Call of Duty engine that redefines the series for the next generation.”

It turns out the devs behind Call of Duty: Modern Warfare 3 won’t have a hand in creating Ghosts. Check out Sledgehammer Games’ tweet confirming the news:

Congrats to @infinityward on #CODGhosts! Our team is heads down on our next project, but best wishes to the hardworking team at IW!

For anyone who’s looking to get a good deal for their pre-order money, head on over to Newegg for their daily deal. Use the code EMCXRWS258 and pre-order the game for $53. 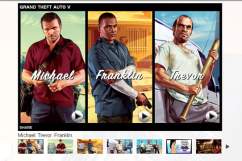