Famed Nintendo video game developer/producer Shigeru Miyamoto sat down for a rare interview with music magazine Rolling Stone, of all places. Miyamoto offered some secrets behind some of Nintendo’s most memorable video games, as well as some comments on his impending retirement and the appeal of Nintendo’s characters.

Here’s the top ten facts we took away from this awesome interview:

1. Technical Constraints Led To The Creation of Luigi


During the development of the original Super Mario Bros., the developers had problems fitting into certain elements of the game due to memory constraints. Miyamoto and other development team members got creative and found a way around these limits. They ended up creating Mario’s twin brother, Luigi in the process:

One of those constraints was that because of memory limitations, the second character had to be identical to the first character in appearance. And so we looked at that and said, ‘Well even if we have the same character, we could potentially change the color of the character.’ But again we were limited in the color palettes – we didn’t have much in the way of additional colors that we could use. And so we looked at the turtles in that game. Their heads are sort of skin-toned, their shells are green, so what we could do is we could use the color palette from the turtle on this character. And so from those technical limitations we said ‘Okay. We have these two characters. They look the same, other than the fact that their colors are different. Obviously they must be twins.’ From there, we decided, ‘Okay, they’re twins and this other character [Luigi] must be the younger brother.

2. 30 Years Ago, Nintendo Created Games With A Team of Five to Six People


Back in the day, Nintendo was able to create one single game with only 5 to six team members. Nowadays, a team of 50 to 60 developers work on a game:

Thirty years ago, we were able to create a single game with just five to six people. Nowadays, we’re looking at 50 to 60 – but what’s always important is the starting idea.

3. The Jump Factor Was The Main Fun Factor Behind Donkey Kong


Miyamoto believes that the appeal of Donkey Kong is thanks to the addition of the jump option:

Early on, we understood that the ability to make the character jump in and of itself was something that was fun. That was kind of the first discovery: finding the fun in giving you that sense of physical activity, in particular jumping from one place to another to another and kind of connecting those jumps.

4. The Invincibility Star Is Part of Super Mario Bros. Success


During the creation of the smash hit, Super Mario Bros., Miyamoto and his team realized a lot of the fun for the game would be derived from players being able to run fast. The game’s famed “Invincibilty Star” was created out of this need to run fast without worrying about getting hurt by enemies:

What we found that was particularly interesting or fun was that in a game where really your ultimate goal is to try to avoid the enemies and avoid falling into the holes, when all of the sudden you become invincible, you get this sudden desire to sort of run through everything as fast as you can. And there were many people on the team who said, ‘This is ridiculous. You shouldn’t be invincible. This doesn’t make a game.’ And I said to them, ‘Well what’s interesting is the fact that even though you’re invincible, you can still fall down a hole and die.’ It creates this very strange dynamic in the game that’s very fun. I had to persuade them.

5. Miyamoto Prepares for Retirement By Telling His Staff to “Pretend like I’m Not Here”


Miyamoto has been a staple at Nintendo since 1978. It’s safe to say that his time with the video game company is starting wind down. He prepares his development team for his impending retirement through a simple tactic:

One thing that’s very important for me is to make sure that Nintendo as a company can continue to create products even if I’m not there. So one of the things that I continually say to my teams is ‘Pretend like I’m not here. I’m not going help you.


Miyamoto stated that he creates his characters for pre-video game intro movies by utilizing a Nintendo DSi and an app called Flipnote Studio. He also spoke about the evolution of video game development:

I use that to draw kind of a rough idea of what I want the movie to be and send that to the director and then he starts working on it. Over the years, games have changed quite a bit. We’ve seen new elements added, we’ve seen the addition of multiple layers of backgrounds of games and even additional characters and then we have all the production elements that go into games now from the stories and everything. For me, what’s important is that starting from the idea. Even if you’re developing for a really large team, you still need to have maybe just one or two people who really are overseeing the entire project.

7. The Legend of Zelda Wasn’t Created As A Complex Game


The first Legend of Zelda game for NES wasn’t created with the idea of it being a super complex game:

When we were first creating the original Legend of Zelda or the original Super Mario Bros., we were [creating] relatively simple games that depicted simple worlds that the user then sort of fleshed out with their own imagination. I feel it is an important part of my job to continue to develop our games in a way that, even as we’re spending more time and more energy creating these bigger more detailed worlds, we’re still continuing to focus on how we can allow the user to creatively play within that space.

8. There’s A Reason Why Nintendo’s Characters Are So Beloved


Miyamoto shared the secret behind Nintendo’s successful characters and their mass appeal:


The Wii U’s Nintendo Land was created with the sole purpose of taking advantage of how it would play and its multiplayer components:

If you look at a game like Nintendo Land, that’s a game where we didn’t focus on the realism of the graphics. Instead, we focused our attention on the structure of play and who you can take advantage of.

10. New Super Mario Bros. U Was Developed At The Same Time As Luigi’s Mansion: Dark Moon


New Super Mario Bros. U for the Wii U was developed round the same time that Luigi’s Mansion: Dark Moon was being created. Miyamoto spoke about the two games, while also offering some inside info on how Nintendo looks at their distribution methods:

At the same we were working on Luigi’s Mansion: Dark Moon, we were working on New Super Mario Bros U. We decided to do the downloadable content for that, which is going to feature Luigi and be new Super Luigi U. We’re looking not just at creating a single product, but also at how we take advantage of those distribution methods, potentially creating additional downloadable content for those games. Going forward, we’ve sort of moved out of simply focusing on the technology and trying to completely create the worlds that had been imagined by the user. As we go forward, we’ll start to see new ways that we can leverage technology to create new structures of play or leverage new means of distribution to the consumer. 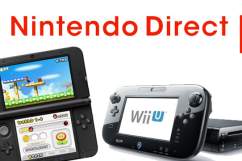 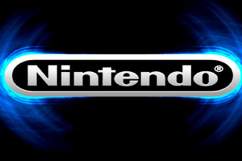