UPDATE: Ubisoft has moved the release date for Watch Dogs to May 27, 2014.

The news surrounding Ubisoft’s upcoming open world shooter Watch Dogs has been interesting, but its also been a while since we heard anything new about it. Ubisoft finally threw out out a solid bit of news that followers of the game can get behind – Watch Dogs is set to release on November 19, 2013.

Ubisoft also confirmed some great news for owners of the PS3 (and the much anticipated PS4) – they’ll get exclusive content over other console owners. IGN received a statement from Ubisoft about the added advantage Watch Dogs will have on Sony’s consoles:

We can confirm that customers who will purchase Watch Dogs on PlayStation 3 or PlayStation 4 will be able to download 60 minutes of additional gameplay via the PlayStation Network after the game’s launch. As of now, we have no more details to share.

This release date news is also marked by a new trailer that displays the main character, Aiden Pearce, and his many technology tampering methods. Aiden puts his smartphone to good use as he takes control over everyday traffic lights and security systems across Chicago.

In an interview with Game Informer during last year’s E3, Ubisoft producer Dominic Guay spoke about the development process put into the game:

We’ve been working over two years on this in secret. So now that we’re finally able to talk about it, we’re really happy the reaction has been so good. It’s an open world game. You play Aiden Pierce, and he comes from some pretty tough neighborhoods, so he’s used to violence. But he’s also really smart. He knows he needs a better weapon than those people he’s fighting, and for him, that’s the city itself. Anything that’s tapped into the grid, he can control. Which means he can invade the privacy of almost anyone in the city.

Rev3Games recently posted up some game footage of the game. Check out their impressions of the game below:

Joseph Bernstein of Buzzfeed ended up getting some playtime in with the PS4 version. Check out some of his impressions below:

I saw the game demonstrated yesterday, on a high-end PC that was “very close to the specs of a PlayStation 4”, according to the coy demonstrator. And for better or worse, I can report that this game is not, as I admit I expected, Grand Theft Auto with a patina of technophilia/phobia/what-have-you. This is a game that is steeped in the logic and implications of a networked society. In part of the demonstration that we saw, your objective is literally to gain access to a heavily-fortified municipal server room, so you can hack it to gain access to the smart phones of the locals. How you can do this: by shooting. How you can also do this: by taking remote access of the server’s various “smart” electronics (gates, elevators, cameras) to distract, confuse, and surveillance security.

At the moment, Watch Dogs is set to debut on the PS3, Xbox 360, Wii U, and PC. This next-gen game is sure to make an appearance on the PS4 and the next Xbox. For even more info on this open world/tech heavy adventure, shoot on over to the Facebook, Twitter, and Google+ profile pages. 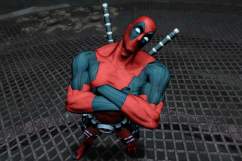