This is beyond impressive.

LEGO and Traveller’s Tales are known for developing some great LEGO-themed video games for some of the most recognizable entertainment properties on the planet. Those games have clearly been aimed at the little kiddies, but this “we so wish it was real” trailer for LEGO Breaking Bad: The Video Game would strictly be for the adults. Walter White with a yellow skin shade and blocky body texture doesn’t keep the man from engaging in drug dealing. We smell an “M” rating on this one…

Check out the trailer above and join the club of folks who’d buy this game in a heartbeat..if it really existed.

C’MON TRAVELLER’S TALES, GET TO IT!

AMC’s other noteworthy dramas got the LEGO treatment as well. YouTube user “ZachMG” created a nice LEGO rendition of Mad Men, which can be watched above.

We didn’t forget about you Walking Dead fans. Check out the above video for a look at an integral scene from the series…with LEGO’s. Deep stuff right here, people. 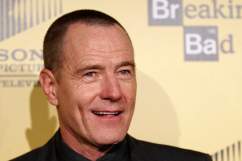