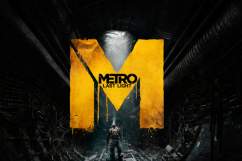 The last denizens of Moscow, Russia are struggling to survive in the post-apocalyptic world they’re now forced to reside in. The nuclear warheads that laid waste to Russia have led to the creation of horrifying new species that are present outside of the underground tunnels. The survivors not only have to contend with these creatures, but also each other. Different factions, such as the Nazi’s, fight other groups of survivors for any remaining resources.

You play as Artyom, the main protagonist from Metro 2033. One year has passed since you were the one who called down the missile strike that led to the extinction of the Dark Ones. Artyom’s success during this mission had grants him placement among a group of soldiers called the Rangers.

As your find out during the game’s intro, a lone Dark One has survived. One of your comrades feels that this single Dark One could lead to the salvation of humanity, while your Ranger leader wants it dead due to the perceived threat it presents. Your trek across post-apocalyptic Russia begins with a mission to locate this Dark One.

The story present in this immersive FPS is very engaging. Author Dmitry Glukhovsky’s world is fully realized, thanks to the abundance of NPC’s who go about their daily lives, the scattered notes that offer more information on past events, and the tense atmosphere felt in the game’s environments. You’ll get sucked into the casual conversations of survivors. There’s such a gratifying sense of discovery when it comes to exploring each location. The world of Metro: Last Light is a grim one, but it’s also a place still rife with happiness (as evidenced by a 10-minute long show sequence that everyone should sit through).

The main campaign starts off slowly, but quickly ramps up as you make your way through dark tunnels, spider nests, and other dreary locales. Each section of the game is broken up into small chapters that lend themselves well to quick playthrough’s. Most of your gameplay time will be spent tussling with local militia and hideous beasts, but you’ll also run into some sequences that force you to watch rather than play. Thankfully, these sections are interesting enough to keep you from skipping them entirely.

Metro: Last Light is a first-person shooter. Luckily, this FPS makes a valiant effort at standing out from the flood of other generic, military-minded entries that over saturate the genre. The weapons all run the gamut from machine guns and sniper rifles to shotguns and pistols. The game’s armory also grants players small throwing knives that come in handy for those who prefer a stealthy route. The gun’s sound effects are improved over the last game, as well as the tighter controls that make your attempts at head shots much easier.

Each section of the game delves into two areas: action packed shootouts and sneaky stealth sequences. Taking on a group of soldiers or mutated monsters with your firearms in tow is fun, yet too familiar. But, the most exciting moments are present in the sneaking sections. Rooms filled with patrolling guards will test your pre-planning skills as you put them down without raising a single alarm. The A.I. is solid, so you’ll feel a sense of satisfaction after you clear out an entire room of human enemies. There are moments when the A.I. has a few hiccups, though (some guards stick to their patrol post, even when all of their soldiers have been killed). Run-and-gunners and silent assassins will be pleased by the approaches to this game’s combat.

Dealing with the human opposition is much more fun than taking on the enormous spiders and other assorted monsters. Creatures haphazardly run at you and nip at your health with annoying melee attacks, which make them easy to deal with if you’re competent. Some of these encounters grow tiresome, but running into the mega sized spiders and putting them down with light presents one of the game’s more interesting monster encounters.

You won’t just be shooting everything in sight, since you’ll have to keep Artyom alive at every moment. Unlike the last game, keeping fresh mask filters on deck is a lot easier to deal with this time around. Several of the game’s items (the lighter, flashlight etc.) are used in several situations, which helps make you feel more immersed in Artyom’s depressing world. Your attention will center on the story more, instead of having to worry about your air supply every second (unlike the first game).

The main pull of this game is its setting. Even though your travels will take you into damp and dark underground stations, you’ll still come across lively communities that converse among themselves. Some of the NPC’s speak with believable Russian accents; some of them are clearly voiced by actors who do a very amateur Russian impersonation. It’s still fun to stand in front of a group of soldiers as they eat and murmur on about what’s going on outside their homes. This is a game where you want to progress more slowly, just so you can take in everything that’s happening around you.

There are some problems with the game that will pull you of the world you’ve been thrown into. Random bugs and glitches sometimes rear their ugly head. The audio will drop out, the character’s lip-syncing won’t match up with their speech, and the game’s textures won’t load up completely at different intervals. You’ll grow frustrated when an NPC character freezes in place and forces you to restart the mission. The console version I played were rife with these issues, but the PC version features cleaner textures and less glitches to deal with.

This FPS is one of the freshest and more enjoyable entries in the genre for this generation. It keeps you enthralled by throwing you into a world full of interesting characters and various environments to explore. The fun and more fluid action are just the icing on this nuclear (and totally unhealthy) cake.

Metro: Last Light improves upon everything that was present in its predeccessor. The game’s plot, engaging atmosphere, and tighter gunplay/stealth work make this one of the most enjoyable FPS’s currently available. Although the game’s graphical issues, A.I. problems, and annoying bugs/glitches hamper the experience at times, it’s not enough to keep you from pushing forward through its post-apocalyptic world. 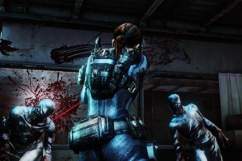