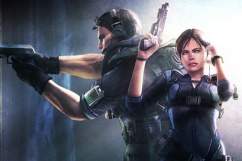 Resident Evil Revelations’ story takes place between the events of Resident Evil 4 and Resident Evil 5. BSAA partners Jill Valentine and newcomer Parker Luciani are sent on a mission to locate and rescue fellow partners Chris Redfield and Jessica Sherawat on the SS Queen Zenobi. This abandoned cruise ship, as you’ll come to find out, is far from abandoned and is part of a terrorist scheme that could unleash a new virus upon the world.

The flashback sequences of the game will take players back to the events of the “Terragrigia Panic,” an event that signaled the end of this floating city and its population. A bio-terrorist organization by the name of “II Veltro” launches a bio-terror attack on the city in opposition to Terragrigia’s solar energy development. FBC agents Parker and Jessica are sent in to deal with the harrowing situation that takes place during this BOW attack. These portions of the game take place in the city itself prior to the city’s collapse and the events on the SS Queen Zenobia.

Capcom’s survival horror series is known for its convoluted and over the top plots, which is a continued trend here. Revelations features a grab bag full of jump-out-of-your seat moments, overly dramatic sequences, and confusing (but still entertaining) story reveals. Anyone whose played past RE games will probably be able to put together everything that’s happening in all of the game’s broken up chapters. For those new to the series, it might be best for them to ignore the sometimes confusing details and just plow through the game. Some of the characters are voiced quite well, but some of the newer protagonists are severely lacking in the personality/voice department (Exhibit A: Jessica).

This former 3DS exclusive was already enjoyable as a portable game, but it feels right at home on home consoles. The transition from one analog stick to two makes aiming and general movement much easier to contend with. The revolutionary third-person shooter controls that were introduced in Resident Evil 4 make a welcome return here, so a great sense of familiarity helps keep things simple. As for the audio and sound design, it shines. The music knows just when to rev up during a frightening moment or a tension filled boss battle. Any feeling of anxiety you feel will be amplified by the sudden clanks and bangs you’ll hear on the cruise ship you’re forced to explore.

The cruise ship portion is undoubtedly the most enjoyable section of the game. Controlling Jill on a harrowing cruise ship full of BOW’s is a fun and rewarding experience. Blasting all sorts of baddies, searching for hidden items with the Genesis scanner, and discovering new locations all combine to offer a great experience. The updated HD visuals of the console editions brightens things up, thanks to the improved lighting effects. The scary mood and atmosphere still remains though, even with these improvements. The 3DS version looked great before, but the PS3, Xbox 360, and PC help the game reach its full graphical potential.

This console release also comes with a few additional elements that flesh out the game’s multiplayer components. The always enjoyable Raid mode comes packed with online multiplayer options, which is much better here thanks to a more active community on consoles. A cache of new weapons, skill add-on’s, custom items, and characters (HUNK RETURNS FOR DUTY!) make this HD package more rewarding. The replayabilty factor of this game comes up a notch, since you’ll have to play both the single player and multiplayer portions to see and unlock everything.

Revelations is far from perfect, however. As I mentioned before, some of the newer characters are simply grating on the ears when they open their mouths. Jill and Chris (and even Parker) are likable, unlike the rest of the BSAA team. The less enjoyable parts of the game come when you leave the ship for some expeditions in snow covered mountains and the floating city. These parts of the game do away with the scare factor entirely, which has always been a bit of detriment to recent RE games. As for the new Infernal difficulty mode, prepare to rip your hair out as you empty a whole clip of handgun bullets into an enemy and watch them still crawl towards you unscathed (and that’s just the first chapter!).

The remixed item/enemy placement for Infernal mode is a welcome add-on, but the presence of near invincible Ooze creatures and even less items will frustrate you to no end. Thanks to an A.I. partner that doesn’t do any real damage to your opposition, you’ll feel as if your completing every mission on your own. Good luck dealing with those new Wall Blisters, folks…

Resident Evil Revelations Unveiled Edition hits stores on May 21 and is available for the Xbox 360, PS3, Wii U, and PC.

This HD re-release of the 3DS version comes outfitted with much improved graphics and new game modes to explore. It still retains the excellent elements seen in its portable partner, but it also brings along the same issues that brought this game’s quality down a notch. The new difficulty mode is the one addition that may put off some, but the rest of the game’s newer features should keep you entertained. These are the type of Resident Evil games every gamer covets. 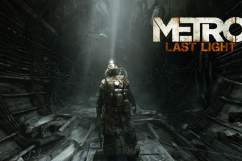