One of Sony’s most successful video game development teams, Naughty Dog, is finally getting set to release its playable take on the post-apocalyptic sub-genre of games – The Last of Us. Here’s the top 10 facts you need to know about the game’s premise, its two main characters, and everything else that will impact your experience with the game.

1.The Plot Revolves Around A Dangerous Type of Fungus

The inspiration behind the game’s plot came after Naughty Dog’s devs watched a particular segment of the BBC nature documentary Planet Earth. That segment displayed a cordyceps-type fungus infecting an ant, which leads to the insect developing infected growths on its head. The ant loses control of itself and soon the fungus takes over all of its bodily functions. This scenario led to the main plot thread of the game’s extinction of most of humanity – the fungus infected the humans and led to them becoming violent creatures.

Two decades after the fungus outbreak, millions of people have died. The U.S. military sets up quarantine zones in order to protect the last of the living and also keeping the newly infected folks under control. The overall story and look of the game is somewhat reminiscent of similiar films and books, such as I Am Legend and 28 Days Later.

2. You’ll Be In Control of One Character While Alongside an A.I. Controlled Partner

Gamers will take control of a man named Joel (voiced by Troy Barker), who happens to be black-marketeer who operates in one of the U.S. military quarantine zones. A major event changes Joel’s life, as he makes a promise to an old friend – transport and accompany a 14-year-old girl named Ellie (voiced by Ashley Johnson) away from the harsh conditions of the quarantine zones and place her in the care of a resistance group called the “Fireflies.” This mission will be filled with strife and hardships, thanks to the presence of scavengers and military officials who wish to take her under their control.

Ellie will play her role as an A.I. partner alongside Joel. The game’s “Balance of Power” system allows for a smarter A.I. that won’t present any annoying problems to the player. One of the game’s designers, Ricky Cambier, spoke to Spong about the interactive elements and storytelling between Joel and Ellie:

We feel like it’s possible to draw out so much [personality] from a character through the relationships that evolve through the course of a game, sure. It’s definitely something we’re interested in. I can foresee games that can do some strong character development in the future, but for us and The Last of Us in particular we were really interested in the exploration of two opposing characters. We wanted to be able to see how we could draw the relationship between two people out, both in terms of cutscenes and in terms of gameplay. Of course, the gameplay is important in this regard; the interactivity is the reason why games are unlike any other medium. A lot of this was inspired by the Drake and Tenzen sequence in Uncharted 2, where you had a brief moment to play alongside somebody that didn’t speak the same language, but still shared a bond with. That really resonated with people, and that seed of an idea stuck with us. Which led us to see what we could do is we were to explore that same kind of relationship dynamic over the course of an entire game.

3. Naughty Dog’s Developers Were Split Up to Create This Game

The development of The Last of Us began to take shape in 2009, after the release of Uncharted 2: Among Thieves. An 80-person development team was split away from Naughty Dog’s core members in order to create this new IP. The remainder of Naughty Dog concentrated on developing Uncharted 3: Drake’s Deception. This is the first time that Naughty Dog has split up its entire game development staff to create a game.

4. The Game is Being Lead By the Former Lead Designer of An Underrated Game

Mark Richard Davies is one of the many game creators working on the remainder of The Last of Us. Davies formerly worked as the lead designer on an less publicized but quality game, Enslaved: Odyssey to the West.

5. The Game’s Soundtrack Has An Oscar Winner Behind It

As for the game’s musical score, its being handled by two-time Oscar winner Gustavo Santaolalla, who worked on the soundtrack for Brokeback Mountain and Babel. Naughty Dog wanted the game’s audio to evoke more feelings of genuine emotion instead of horror-infused elements.

6. The Game Will Include Elements of Desperation and Fear

This game won’t be very generous to players when it comes to ammo and supplies. Players will have to pick their spots carefully as they make their way through areas filled with pissed off scavengers and violent hordes of mutated humans. Ricky Cambier gave Spong a few comments about the enemy A.I. and game experience:

Your enemies will react to things in the same way you would. They approach each scene with the same level of desperation and will to live. We tried to set this in tone, but also in resources – you mentioned running out of ammo a lot, and that’s something you really need to be conscious of. When facing a situation, you need to think like a survivor – whether there’s any tools in the area you can use to help you out.

8. There’s A Comic Book Series for the Game

Dark Horse Comics has released a four-issue, comic book miniseries that takes place before the events of the game. Here’s the official description of the graphic novel from the comic’s wiki page:

The Last of Us: American Dreams, based on the hotly-anticipated 2013 video game, will be a four-issue series by the The Last of Us game’s lead writer Neil Druckmann, along with Faith Erin Hicks on both art and co-writing duties. The story revolves around “Ellie, the heroine of The Last of Us, [who] has grown up in a post pandemic world, shuttled between military orphanages in one of the last remaining quarantine zones and resigned to the fact that when she’s old enough, she’ll be channeled into the army or left to fend for herself—until she meets an older girl determined to find a third way out,” says Dark Horse the series explores the character’s backstory and her first steps on the road that led her to her companion Joel. The first issue of the series will bow in the spring.

9. The Game’s Pre-Order Comes With A Soundtrack, PS3 Theme and More

For those that pre-order the game at any retailer, they’ll get the “Sights and Sounds” pack that includes the official soundtrack, one dynamic PS3 theme, and two PSN ID avatars (Winter Joel and Winter Ellie). As for those who pre-order the game from GameStop, they’ll be able to get their hands on the same pack, as well as the “Survival Pack” (bonus XP for multiplayer, a multiplayer melee attack booster, extra in-game cash, special custom items for multiplayer, and two character skins for Joel and Ellie that are available after beating the single-player campaign). The regular edition will cost $59.99, while the “Survival Edition” will cost $79.99.

The demo for the game that came with God of War: Ascension will be playable on May 31, 2013. The demo should be available to all PS3 users sometime before the game’s June 14, 2013 release date. 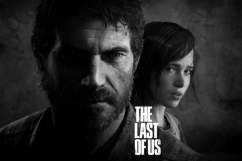 The Last of Us: Game Trailers and Gameplay Videos You Need to See