Gamers who were watching Microsoft’s E3 2013 press conference got the surprise of their lives when a familiar fighting game made its long awaited return – Killer Instinct! We know the game just got revealed this week but a bunch of important info has come out about it already. Here’s the top ten facts you need to know about this Xbox One exclusive fighter.

1. The Game is an Xbox One Exclusive

This reboot of the Killer Instinct series is landing on Microsoft’s Xbox One as a console exclusive. The game is being prepped to launch alongside the console once it finally releases in retail stores across the nation. Microsoft went through some great pains to make this game came to fruition, as they made an attempt to acquire the rights to the game’s trademark. At first, their request met some opposition due to a TV show having the same name as the game. In the end, Microsoft successfully obtained the trademark and got the ball rolling for the sequel/reboot we’re seeing now.

2. Different Versions of The Game Will Be Sold Upon Release

Killer Instinct will be a launch title for the Xbox One. However, fans won’t have the option of purchasing a physical copy of the game (sign this petition if you’d like that to change). Along with the physical copy, a demo (which comes with Jago as a playable character) will allow gamers to play all of the game’s modes including online mutliplayer. After the demo comes to an end, you then have the option of purchasing packages that feature other characters. Along with these two editions of the game, multiple versions will also be available at launch. Each one will feature different levels of content in order to appeal to many different types of fighting game players. The video seen above offers some more information on this topic, as well as some more upcoming features for the game. 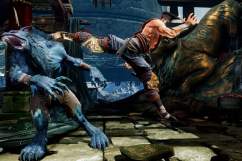 3. Double Helix Games is Developing It

The original developers of the past renditions of the series aren’t working on this new Killer Instinct. Double Helix Games is the development studio who’s been tapped to create this fighter. Double Helix Games has worked on past titles such as Silent Hill Homecoming, MX vs. ATV Reflex and Green Lantern: Rise of the Manhunters. For a behind-the-scenes look at the studio and the game, hit up the following link.

4. Several Combo Heavy Mechanics Have Been Added for This Sequel

Past Killer Instinct games are known for including insane combo opportunities and flashy gameplay. That major aspect of the series is making a return to this edition, but new mechanics are also being implemented to freshen up the entire experience. EventHubs.com pointed out some of those new features:

Shadow Linkers (think EX moves) in the new Killer Instinct add between 10-12% damage to combos, in the current build of the game. It’s possible to combo after landing a throw…every fighter will have between 3-4 special moves and they’ll all be Shadow Linkable, and one of the best ways to gain meter is to have your opponent block attacks.

The videos posted above offers a more visual representation of the new gameplay mechanics in motion.

5. Double Helix Games is Working With Microsoft to Solve The Always Online Issue for Tournament Play

@bambamguitar We have been talking to MS about just that. No specifics but we are planning for tourney play for #KillerInstinct!

UPDATE: The Xbox One no longer has to constantly be online just to play games.
Everyone who considers themselves a hardcore gamer must know that the Xbox One must maintain a constant online connection in order for anyone to use the system and play its games. This could present a major problem for fighting game tournaments, as the games that are played there are usually contested on consoles that are offline. Double Helix Games knows this and they are working with Microsoft to present a solution to this potential issue. The tweet seen above should ease the fears of those who don’t think Killer Instinct will be a viable game at future fighting game tournaments.


6. Old School DLC Costumes and Interactive Stages May Appear in the Game

@DAZ3600 We are striving for a feel that's very true to original KI, with evolved character designs inspired by the original look and bios.

Michael Willette of Double Helix Games notified fans of the game that potential DLC costumes that retain the old school look of the roster are a real possibility. This could occur if the fan demand is strong enough to warrant their inclusion. The inclusion of interactive stages as also hinted at, as evidenced by the Tweet seen below:

@80SAND90S4EVER send us your ideas! It's all about balancing enviro with pure fighting play.

When more information about the game’s DLC and other features become available, we’ll have those updates right here for you all to see. Check out some of the videos displaying some of the accessories that can be tied to some of the characters in the game:

7. Glacius Will Be Playable at EVO 2013; New Characters Will Also be Revealed

At the premier fighting game tournament of the year (EVO 2013), Double Helix Games will present a demo of the game (in its arcade cabinet, possibly). Fan favorite Glacius will be playable, plus a character reveal will take place during the tournament’s proceedings. This roster list will be updated as more characters are revealed:

During an interview with Polygon, Microsoft’s Torin Rettig provided some details on how the game will feature a smaller roster:

Most fighting games that come out are disc based games where you get a huge cast of awesome characters, but it is a massive cast. Some games have anywhere between 30, 40, even 50 characters. And in reality, most players don’t play that many characters. You just only have so much time to get good at so many characters. So we wanted to take that into consideration and release the game in a way that took that into consideration and allowed players to get in and play the game at the level that they want to play it.

8. Several Members of the FGC Have Demoed It

9. The Online Net Code is Getting Worked on Extensively

@Zamul60 Online has been underway since day 1 with SF4/GGPO as the gold standard. We are in it!

Fighting games are known for being heavily invested in when it pertains to online play. Double Helix Games knows this, which is why they’ve put in a lot of effort to ensure that Killer Instinct has a strong online net code. The tweet seen above alludes the the game’s net code being inspired by the net code of some popular fighting games.

10. Training Lessons Will Help Casual Players Get Into The Game

40 training lessons will be feature as a part of the game’s overall package. These lessons are being designed to ease players into the more hardcore aspects of Killer Instinct’s mechanics. Check out the videos of these game mechanics below: 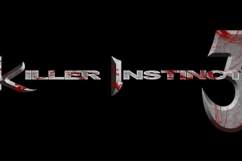