Microsoft has promised weary gamers who think the Xbox One is purely an entertainment system that they’re making an effort to bring them the one thing they want – GAMES! This E3 2013 press conference will either quiet the Xbox One detractors or continue to keep hardcore gamers far away from the new console. Let’s all hope Microsoft brings it during their time on that E3 stage.

Check out the live stream of the event above and follow our coverage of the proceedings below. We’ll be covering the event with live commentary and pics of all the announcements that go down.

Make sure you check out everything that’s happening here for E3 2013!

1:46 pm: Never mind, game’s on! Looks chaotic, as it should be in a Battlefield game.

1:44 pm: Battlefield 4 should be up…soon. Yikes, this is kinda hard to watch. Who’s the jerk in the crowd? Quiet down, will ya!

1:36 pm: Improvised weapons are back and the melee combat sounds as impactful as ever.

1:31 pm: Crimson Dragon. From the dudes behind Panzer Dragoon. And the audio is being provided by the restless (but excited) crowd.

1:27 pm: Arcade fight stick to launch with Xbox One. Killer Instinct gameplay has me on the edge of my seat. Recorded vids and photos can go down while you’re playing.

1:25 pm: Smart Glass enabled Smart Match, which makes your online gaming experience a tad bit easier. Tips can be sent to players as you play along, plus online matches can be set up in the background.

1:16 pm: Quantum Break is out next. The game that impacts the television experience as well your in-game experience. Now we’re being shown an actual scene from the game.

1:14 pm: Time to showcase some indy games. First up is the ever addictive Minecraft: Xbox One Edition.

1:10 pm: The game’s AI races just like your average human playing online. The latest trailer is showing off all gameplay footage. 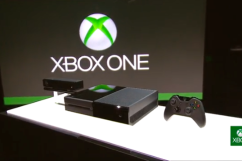 Xbox One vs. PS4 — Specs and Features: Which Is Better?

1 pm: Graphics look awesome, but the QTE-heavy gameplay might wear thin after a while.

12:55 pm: Ryse now being shown A Kinect game for hardcore gamers who know a thing or two about those God of War games.

Better shot of the redesigned Xbox 360 we announced at #E3 say.ly/tKz60TW 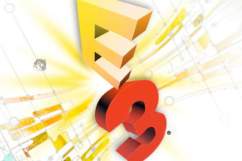