Cash strapped gamers have been waiting for some official news on how much they’ll be paying for Xbox One and PS4 games.

Well now those gamers can rest easy knowing they’ll be paying the same price they’ve been paying for games since the current-generation – $60. Both first-party Xbox One and PS4 games will retail at that aforementioned constant price. SCEA CEO Jack Tretton spoke to CNBC about the pricing rationale behind the pricing of PS4 games:

I think people are willing to pay if they see value there and I think there’s more choice than ever before for consumers. We’re going to welcome free-to-play models; games from 99 cents up to those $60 games. But if you really see where the heat is for the true gamer on the console it’s still that big-form experience that typically runs upwards of $50 million to develop and will justify that $60 price point and will give people hours and hours of gameplay on a daily basis for months and years to come.

GameSpot reported that Microsoft itself confirmed that its first-party games will sell for $60. At the moment, it’s unknown how much other video game publishers (EA, Activision, Ubisoft etc.) will charge for their next-gen games.

Back in 2012, Wedbush Securities analyst Michael Pachter predicted the price of PS4 games, along with the sales projections of all next-gen consoles. GameSpot reported on Patcher’s $10 increase on next-gen games:

PlayStation 4 and Xbox 720 games will likely cost $70, according to a presentation at South by Southwest this weekend from Wedbush Securities analyst Michael Pachter. Pachter said he believes the Wii U will sell 30-50 million units in its lifetime, with the PS4 and Xbox 720 going neck and neck, selling 85-95 million systems over their life spans. By comparison, the original Wii has sold 99 million units to date, while the Xbox 360 and PlayStation 3 have moved around 75 million units each. 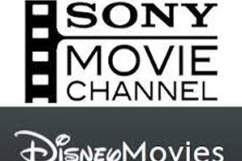