Video games have been around for as long as we can remember. The world of cinema has tried its hand at adapting some of the biggest gaming franchises into major motion pictures. Sad fact? Most of them are pretty atrocious.

These are 15 of the best video game documentaries we’ve ever watched. Hit up your Netflix account immediately and seek out these great pieces of film.

The fighting game community has blossomed into one of the strongest gaming communities out there today. Want proof? Just Google “EVO” and you’ll see how major this group of passionate gamers are. This short documentary is an impressive look into the Melbourne, Australia FGC we didn’t even know about. This solid doc came from a college student who clearly appreciates arcades and fighting games.

For a look at the major players and tournaments that exist within the FGC, sit down and watch this great interview session/documentary. For those of you out there who don’t understand why thousands of men and women group up for these fighting game gatherings, you’ll understand after watching this. This doc delves into the happenings of the FGC in 2010. Mike Ross, Justin Wong, Gootecks and other famous players within the FGC provide some worthwhile commentary on the community they support so much.

13. Fighting Dreams: The Rise of A Fighting Game Community

This second college student-produced documentary starts small and ends up going big. Jonathan Nievera covers the small but growing local arcade scene in NorCal (North California). Then, it eventually makes it to the big leagues of the FGC (the Street Fighter 25th Anniversary grand finals). The sight of so many players getting super hype at the sight of a flashy finish is amazing to witness. This doc encapsulates the hype 100-percent.

There are two names that are synonymous with fighting games – EMP Triforce and Justin Wong. EMP (Empire Arcadia) Triforce is well regarded (and some might say disregarded) by those who follow his fighting game league. Justin Wong is one of the most famous top-level competitors in the FGC. This documentary takes a look inside into the development of EMP and the rise of Justin Wong. This doc had us engaged from the get-go because of the interesting personalities on display here.

When news of one of NYC’s oldest arcade staples being closed down became public, tons of gamers were hurt by the news. The heritage and history behind the arcade (Chinatown Fair) had to be shared with everyone, which is why this doc came to be. This great piece of footage offers an interesting look into the East Coast FGC and their long standing connection to this classic arcade. It’s great to know that Chinatown Fair hasn’t been closed down. This doc may have helped keep this arcade alive.

10. Chasing Ghosts: Beyond The Arcade

The arcades were the place to be during the golden age of gaming. The gamers that are old enough to remember the classic days of Pac-Man and Asteroids will watch this doc with a smile on their face. Walter Day and his Twin Galaxies arcade offer a flashback to the good ol’ days of tons of quarters and gamers crowded around cabinets. This nostalgia trip is something every gamer needs to watch. 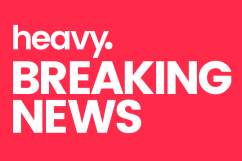 When Capcom went into celebration overdrive mode for the Street Fighter series, a dedicated cinematic piece on the series was unveiled. Street Fighter is huge, but how huge? Incredibly huge. Many of the most notable FGC members pop up here to offer their love and adoration for the series. And it’s crazy to see how much memorabilia has been released on behalf of the long-running series. The developers who crafted the many installments of Street Fighter also offer some awesome anecdotes on what makes their games so beloved.

The glory days of Atari are awesome to watch on the big screen. This film serves as a time capsule that represents the era it celebrates. Some of the wilder scenes make you wish your office adopted Atari’s professional atmosphere (smoking Mary Jane in the middle of the day? Wow…). It’s cool to follow all the historic moves Atari made during the early heyday of video games.

7. Rise of the Video Game

Discovery Channel aired a program on video games? Yep! And it was surprisingly entertaining. This doc is perfect for anyone who has 0 knowledge of the world of video games. Almost everything (the history, classic games, development, marketing etc.) gets a good amount of coverage in this series. The coolest part about it, though? The episodes being labeled as different levels.

There’s professionally played sports. And then there’s eSports. The long standing movement of professional video game players and their heated rivalries are primarily covered by this entry. The harrowing lives of pro gamers are finally given the spotlight that it needs. Some folks don’t get how addictive video games can be, but this film summarizes that element completely.

MMORPG’s (Massively Multiplayer Online Role Playing Games) have plenty of hours sunken into them. Gamers know just how much their life changes once they create an account for any MMO title. This film offers a first-hand look at the lives of players who just can’t get enough of World of Warcraft and Everquest 2. Some folks go as far as depending solely on these games for all their social activity. Watching this doc explains why. Oh, by the way – prepare to get a tad bit depressed while watching this.

4. Video Game Invasion: The History of a Global Obsession

This historical piece came out in 2004, so its a bit dated. But the fact that Tony Hawk hosts this look into the history of video games still makes this doc watchable. Everything from the arcades up until Microsoft’s first video game console (the Xbox) is covered here. The high trajectory that games have reached has been amazing to witness. Every important video game company and console gets equal footing in this thorough doc.

3. All Your History Are Belong To Us (Series)

YouTube is home to some great original material. The Machinima channel features some of the finest original video game material that’s ever been posted. But the best original programming that’s present on the Machinima channel is the All Your History Are Belong To Us. After a couple of episodes, you’ll have the narrator’s voice stuck inside your head. That’s a good thing anyway, since you’ll have more of a reason to come back and learn about your favorite video games, companies and moments. Check out the two episodes that actually went into the history of the show itself.

Independent video games have enjoyed a renaissance of sorts during the PS3/Xbox 360 era. But what some might not realize is how difficult indie game developers’ lives can be. Thank God this film is on Netflix because it must be seen. The developmental journey of the devs behind Braid, Super Meat Boy and FEZ is a heart breaker at times. In the end though, we all get our happy ending.

1. The King of Kong: A Fistful of Quarters

If you ever end up seeing just one documentary that focuses solely on video games, watch this one. The 80’s arcade scene was more cutthroat then you thought it was. This film features one of gaming’s most controversial (but infinitely cool) competitive figures – Billy Mitchell. This doc feels like a full-fledged drama, thanks to the record breaking score attempt by lil’ old Steve Wiebe. King of Kong brings out the competitive spirit in all of us. Check this out ASAP. You’ll either love or hate the dude who owns his own hot sauce line. Garunteed.

Tetris: From Russia With Love

Tilt: The Battle to Save Pinball