Saints Row 4 can be described in one word – insane. This open-world action/adventure game lets players literally run at top speed around the city and leap tall buildings in a single bound. For fans of Saints Row: The Third and incredibly ridiculous video games, Saints Row 4 should please you all.

Here’s everything you need to know about the game’s development, the official storyline, the many collector’s editions for the game and so much more.

1. Development for The Game Began Soon After Shipping Saints Row: The Third

After the completion and shipping of Saints Row: The Third, speculation about an upcoming sequel began. Back in 2011, former THQ executive Danny Bilson told X-Play that Volition, Inc. was already hard at work on the fourth game in the series:

Like any game, if you have a great creative core to it you just keep exploiting that core. For instance, I know what Saints Row 4 is about and it is wilder than this one. It’s a good example of how you take what you have and you ask, ‘what could happen in the next?’

The game’s Wiki page provided some details on THQ’s former president’s reaction to the third game and his announcement of the next sequel:

On June 11, 2012, the new THQ president, Jason Rubin, was quoted as having expressed his distaste over Saints Row: The Third’s “tone and crass humor”, and noted his intention to change that in future entries. Rubin believed that the game’s presentation limited its potential audience, when it could have striven to be the next “Red Dead Redemption or Skyrim” (referring to the two games’ critical and commercial successes). Rubin further allegedly stated that Saints Row: The Third was a product of “the environment at the time”, and that he aims to change that.Rubin later claimed on Twitter that he had been misquoted, and that it was in fact the interviewer who was embarrassed.

3. The Plot Takes Place Five Years After the Last Game

The game’s Wiki page also provided some details on the game’s storyline:

Five years after the events of the “Save Shaundi” ending in Saints Row: The Third, the leader of the Third Street Saints is elected President of the United States. It’s not long before an alien invasion occurs and the Protagonist and the Saints are kidnapped by aliens known as the Zin and their leader Zinyak, The Player is transported to a virtual version of Steelport where The Player can use super powers to fight against the Zin empire.

A number of characters from earlier games in the franchise – both members of the Third Street Saints and former adversaries – make a return in Saints Row IV, many of whom take up the Protagonist’s Presidential administration. Kinzie Kensington, the socially awkward FBI hacker from Saints Row: The Third becomes the White House’s press secretary, often tasked with clearing up the mess left behind by the President’s verbal missteps.

Benjamin King, former leader of the Vice Kings gang from the original Saints Row, becomes the President’s Chief of Staff, while Pierce Washington has been appointed the Communications Director. Matt Miller, having abandoned the Deckers and, according to news broadcasts in Saints Row: The Third, announced an abstinence from the use of technology, presumably returned to the United Kingdom and became employed by MI6, though in what capacity is unclear from the passing reference to him in the intro’s conversation. Johnny Gat will also return after being thought dead in Saints Row: The Third.

4. The Game is Being Published by Deep Silver Now Instead of the Now Defunct THQ

Former video game publisher THQ filed for bankruptcy earlier this year (2013). Once the company began auctioning off its assets, the developers of the Saints Row games (Volition) were bought out and acquired by Koch Media. Koch Media also owns Deep Silver, the video game publishing arm that’s released games in the Dead Island series. Deep Silver will now handle the offical publishing duties for Saints Row 4 and any other subsequent games in the series. 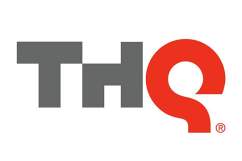 THQ Is Dead: Top 10 Facts You Need to Know

One of the more popular characters in the Saints Row series is being revived for another trip to his favorite city. SPOILER ALERT – Mr. Johnny Gat died in a blaze of glory near the end of the third game. But somehow, in the crazy Saints Row universe, the Gat is somehow back. Check out the trailer for this revived protagonist above.

6. This May Be The Final Game in The Series

It sounds like Saint Row 4 may be the end of the saga that was established by the games that came before it. Design director Scott Phillips conducted an interview with GameReactor.com about his development studio’s difficulty with crafting another game in the series:

In the future, building on this level of silliness may prove too much even for Volition. We’re definitely considering Saints Row IV sort of the end of that saga of this character and the Saints as they are. So if there’s any more future Saints Row’s – which you know we always hope there will be, we hope there’s fans for future games like that – they will probably continue in a different direction.

7. The Quotes Behind The Game Are Hilarious

The PR machine revolving around this game has led to several gut-bustingly funny quotes. Check out some of the more humorous quotes below:

The ball-busting next chapter in the Saints Row franchise, is starting a party in your pants this August.
— Saints Row IV Announce Teaser Description

The climactic chapter of the saga that changed all the rules and blew the minds of a generation.
— Saints Row IV Announce Teaser Text

In the next open-world installment of Saints Row, Deep Silver Volition continues the story of the Third Street Saints by elevating their status to the highest level – the leaders of the free world. In Saints Row IV, the head honcho of the Saints has been elected to the Presidency of the United States. But the Saints are just getting started. Now the larger-than-life insanity of the Saints series gets a new twist with a catastrophic alien invasion, and the aliens have transported the Saints to a bizarro-Steelport simulation. Wield gargantuan superpowers and fight to free humanity from alien granddaddy Zinyak’s mental grasp. Escape the simulation that’s trapped the Saints crew, or die trying. Saints Row IV lets players delve into an arsenal of alien weaponry and technology that will turn each Saint into an ultimate entity of destruction. Utilize out-of-this-world superpowers to fight all the way to the top. With intensified action and enhanced customization, players can use their newfound superpowers and leap over buildings, outrun the fastest sports cars, or send enemies flying with telekinesis in the greatest, most insane installment of Saints Row yet. Save the world, Saints Style.”
— Press Release

8. Several Voice Actors Are Playing A Part in the Game

For such an action-packed game, there has to be an amazing amount of voice actors connected to it all. Thankfully, several notable celebrities (AND EVEN PRO WRESTLERS!) are lending their vocal talents to the game’s characters.

Here’s the full list of the voice actors and the parts they’re playing in the game:

9. It Still May Be Banned from Australia

As of June 25, 2013, despite an introduced R18+ rating for video games, Saints Row IV has been refused classification in Australia. In the Classification Board’s opinion, Saints Row IV includes “interactive, visual depictions of implied sexual violence which are not justified by context”. The board also states that the game includes “elements of illicit or proscribed drug use related to incentives or rewards”. Such depictions are prohibited under the guidelines.

In a cool twist though, Deep Silver is once again trying to get their game passed. Joystiq reported on the publisher’s recent classification movement:

Publisher Deep Silver previously said it was planning to re-submit a re-worked version of the game – apparently a “low violence” one going by Steam Australia. That re-review is now confirmed and dated for this time next week on July 29, and hopefully it’s a decision that leaves both parties satisfied.

10. The Game Has Three Special Editions

Three special editions for the game are now available for pre-order. Each version of the game plays into the series’ penchant for humor and unbelievable weaponry:

As for this completely ridiculous special edition we’re about to list, it may or may not be real:

4. The Super Dangerous Wad Wad Edition aka The Million Dollar Pack
– Saints Row IV : Commander in Chief Edition
– A full sized replica Dubstep Gun
– A full day of spy training
– A trip to space with Virgin Galactic
– One year’s membership of E25 Super Car Club and a Lamborghini Gallardo to make it worthwhile
– Plastic Surgery of the purchaser’s choice
– A shopping spree with a personal shopper to create the ultimate Planet Saints capsule wardrobe
– 7 nights for two at The Jefferson Hotel in Washington
– Hostage rescue experience
– A brand new Toyota Prius and insurance to give something back to the environment
– 7 nights stay in the Top Royal Suite at the Burj-al-arab with flights for two 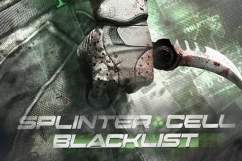