The San Diego Comic Con convention is primarily a forum for all nerds to celebrate their favorite comic books, films, cartoons, writers/artists etc. But in recent years, the presence of video games has become even stronger.

While exploring the SDCC 2013 showroom floor, I just happened to come across the massive Xbox One demo station. Luckily, Microsoft had several consoles set up for gamers who wanted to test drive the new controller and upcoming releases for the next-gen system.

Here’s my impressions of the Xbox One, its enhanced controller and the games that were available for play:

The Xbox One may look huge, but in reality its not that big. Of course it’s much larger than its console predecessor, but not by much. I couldn’t help but agree with the gamers out there that liken the console’s physical design to a DVR box, though. During my demo sessions with some of the Xbox One’s upcoming titles, I picked up on the fact that the system itself is extremely quiet.

On top of the console’s sleek design and medium-sized stature, gamers can look forward to how incredibly silent it is during a powered-on state. Trust me, folks – the Xbox One will probably become the showpiece of your living room come later this year. For those of you who don’t want to wake up their buddies during heated Xbox One game sessions, you don’t have to worry about waking them up with a super loud fan running in the background.

A large section of the gaming community regard the Xbox 360 controller as the best controller ever crafted. I certainly support that sentiment, but I have one huge complaint – the D-pad is pretty atrocious. As someone who plays fighting games extensively, I have a huge problem playing those games on the Xbox 360. Even after using the grey Xbox 360 controller with the customizable D-pad, I still couldn’t adjust to the unwieldy D-pad as much as I would have liked. Thankfully, The Xbox One D-Pad harkens hack to the traditional designs of past controllers from the 90’s.

The joysticks and face buttons still feel the same, input wise. The Guide button is a tad bit higher than the one on the Xbox 360 controller, which a great thing since I had a a bad habit of hitting that button by mistake. The top of the game pad is pretty glossy, but the rest of the controller’s exterior feels a little bit rougher in contrast. Which is fine since it feels like it won’t slip out of your hand quite easily.

This is my personal game of the show. I had a ball button mashing my way to victory with Sabrewulf and Jago. I mostly played the game with the exclsuive Mad Catz arcade stick that was on hand. For casual gamers who don’t have a clue about fighting games, Killer Instinct is easily accessible. Putting together 20-hit combos doesn’t take much effort. However, putting together a Godlike combo that includes a throw followed by a super combo takes much more controller dedication.

The sparks that emit after projectile moves isn’t as distracting as I thought they would be, too. I couldn’t help but get back in line countless times just so I could take this fighter for a spin again. The action is fast and fluid, the brutality is off the charts and the accessibility of it all makes Killer Instinct the launch game to keep an eye out for.

Let’s get the obvious out of the way first – Fora Motorsport 5 looks gorgeous. The interior design of the vehicle I drove in will be hard to distinguish from someone actually driving in a real car with an attached head camera. The overall feel of the vehicle had a heavy weight to it, which is something I felt immediately as I drifted around corners (horribly, I’d like to add).

The clean sheen and shiny paint jobs of the cars are amazing to behold once you see them in motion. Forza 5 already has an amazingly realistic look going for it. The car physics is another aspect of this next-gen racer that pushes it to “First Day Buy” status, in my opinion.

First off, this game looks much better than I thought it would be. The move from the brighter environments of past Dead Rising games to the grim, Call of Duty-esque color scheme for Dead Rising 3 shocked me at first. But after finally playing the game for myself, I became a little bit more comfortable with the look and feel of this zombie bashing game. The open-world environment I got to destroy zombies in was pretty expansive, so I took every opportunity to venture into mobs of restless zombies every chance I got.

One cool factor of these zombies is how different most of them look compared to one another. I expected to encounter some similarly looking undead members here and there, but for the most part there weren’t too many copycats walking around. The gore and visceral melee combat that this series is known for can certainly be felt in this entry. The game’s art direction may have changed, but it still plays like the Dead Rising games fans known and appreciate.

This Roman war mongering simulator looks incredible. The combat isn’t all about doling out repeated Quick Time Events, which is something I was relieved to learn about. As it turns out, the QTE’s are definitely optional. There’s no penalty for skipping them entirely, either. I had a blast just cutting up hapless soldiers and just moving on to the next one without ending their lives with a brutal QTE. Each button pertains to a different piece of equipment (the sword, shield block and shield bash/kick counter).

When facing off with multiple enemies, the complexity of the game’s battles become a bit more prevalent. It pays off to know exactly when to block, slash and counter all the enemies that surround you. Paying attention to character animations plays a large part in knowing how to approach certain battle situations. The QTE’s aren’t the focus of this historical beat ’em up. Thank God for that (or the developers themselves). 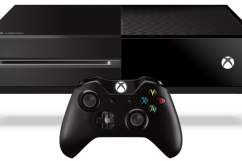