One of the coolest features of Sony’s PS4 is the “Play As You Download” feature. While gamers download any digital game, they’ll have the option to play it while the console continues to finish downloading the entire product.

As it turns out, Microsoft’s Xbox One also has the ability to do the very same thing. Engadget got an exclusive statement on the console’s new option:

Consumers will be able to sign on to any Xbox One console and have access to all their digital games. Once the required data -– a fraction of the entire game -– is on their hard drive, they can jump into the action while the rest of the game finishes downloading in the background.

This option also seemingly applies to disc-based games that are playable while they’re being installed on the Xbox One hard drive. Thankfully, this is just an option since Microsoft switched the console’s physical disc qualifications around.

Engadget also received some news about Xbox One’s teaser about this revealed feature:

Unleashing the virtually unlimited power of the cloud makes everything more convenient and accessible, from allowing games to be installed in segments so that gameplay can start quickly to updates downloading in the background. 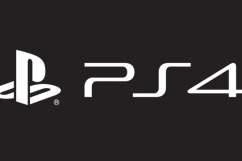