The impending launch of the Xbox One and PS4 next-gen consoles is not too far away if rumors are true. Fanboys everywhere are fanning the flame wars for both systems with the constant updates that have been popping up lately.

Several news tidbits have made the rounds regarding these new systems. For the Xbox One, the official prices on the system’s controller and headset peripheral have come to light:

– Xbox One controllers will retail for $60. Only one controller comes packed in with the console, so gamers who want to game with their buddies will have to spend the extra $60 bones. These controllers will use AA batteries. A separate Play and Charge Kit will sell for $25.00
– Xbox One headsets will run for $25.00. A headset won’t be packed in with the Xbox One itself, due to the fact that the console will come with a Kinect that features built-in microphones
– Microsoft will be releasing an Xbox 360 headset adapter that will allow current headsets to be compatible with the console:

@TheMVPlaya Yes. We will have an adapter that allows current gaming headsets to work.

– The Xbox One’s matching system (Smart Match) is being configured by Microsoft to make the online gaming experience easier to access and less of a chore to enjoy. Check out the description that was posted by Game Informer:

Smart Match solves a number of problems that are inherent in online games, especially those that have smaller populations and modes that are less popular. The matchmaking system runs in the background, which means that while waiting extended periods for a game to begin, players can busy themselves with anything else on the system (including watch television).

When ready, the system will notify players and bring them right to where they need to be to begin. Friends can even coordinate matches on behalf of other players in the party. Of course, without a good competition pool, multiplayer isn’t any fun. The new Smart Match system uses skill, location, and reputation to put together better matches.

– Microsoft has unveiled some details on a new community moderation program known as Xbox Enforcement United. This feature (which has been situated in beta) will allow members who join to weed out the players with horrible online behavior habits. Check out the explanation of this new feature from Xbox Wire:

Members who join the Enforcement United beta will participate by providing their opinions on whether particular content, initially Gamertags, violate the Xbox Live Code of Conduct. These decisions from participants feed into an algorithm our team developed. That algorithm takes several factors into account like how many participants believe there had been a violation and how reliably those individual members’ historical decisions aligned with the general consensus. The system can then determine whether or not to apply an enforcement action like requiring a Gamertag change, or if the complaint should be escalated for one of our enforcers to review more closely.

We have built in a series of carefully designed controls so no individual participant can wield unchecked power over another. The system will also continually calibrate itself to understand how reliable the data is and the sources it comes from.

– It’s been reported that that it’s highly unlikely that the Xbox One will have any “red rings of death” problems. A chip analyst (Kevin Krewell) at the Microprocessor Report noted that, “The red rings of death are considerably less likely. The last chip was hot. It had power cycling problems and a specific issue with packaging. You can expect that in this case, that is not going to happen.”
– The current model of the Xbox One has now been given an increase to the GPU’s clock speed. It’s also been outfitted with a new graphics driver. Here’s the specifics, tech heads – the GPU speed has been increased from 800 MHz to 853 MHz.
– The official Xbox site apparently hints at the possible release date for the console. The listing for Call of Duty: Ghosts on Xbox One mentions the game releasing on November 5, 2013. Since this game will be a lunch day release for the Xbox One, could we possibly be looking at the release date for the console as well?
– An Xbox Live Gold subscription is required to use the Xbox One’s DVR game-capture, video sharing features. This subscription also comes with these exclusive features – the use of Skype, Smart Match multiplayer matchmaking and online play. The Xbox Live Gold Subscription’s 1-year subscription fee will cost $60.
– Major Nelson did a video unboxing for the console. Check out that video HERE.
– The Xbox One can support up to 8 controllers.

As for the PS4, it looks like future owners can look forward to free party chat:

– Even for those PS4 owners who won’t opt to obtain a PlayStation Plus subscription, they’ll still have access to free party chat
– The online friends limit for the PS4 has been capped off at 2000
– Gamers’ current PS3 online account and avatar will carry over to the PS4
– Sony is considering supporting 3D visuals and features on the PS4
– 4.5GB of conventional RAM will reportedly be available to PS4 game developers. Sony issued this official statement on the matter to EuroGamer.net:

We would like to clear up a misunderstanding regarding our “direct” and “flexible” memory systems. The article states that “flexible” memory is borrowed from the OS, and must be returned when requested – that’s not actually the case.

The actual true distinction is that:

– A PlayStation Plus subscription WON’T be required to use the PS4’s game recording and streaming features. All PS4 owners will have access to the both of them. Check out the tweets from Sony’s Shuhei Yoshida that verify this fact:

@yosp are the PS4 game recording and streaming features exclusive to Plus subscribers?

– The leaked video you’ll see below offers a leaked look at the PS4’s User Interface:

– The PS4 can support up to 4 controllers.

Keep and eye on this page for more minor (and major) news updates on the Xbox One and PS4! 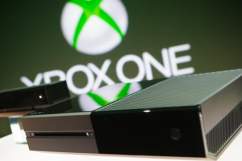 Xbox One vs. PS4: Both Consoles Allow The ‘Play As You Download” Feature