UPDATE – Check out the latest official gameplay trailer below!

Everyone who considers themselves a pretty avid follower and player of mobile video games knows how massive Angry Birds is. This series has managed to become a mainstream force that’s supported by games, plush toys, fruit snacks and plenty of other shameless products.

Rovio, the longtime developers of the games in the series, released a teaser video (which can be seen above) that points to a new franchise game entry – Angry Birds Go! Taking a page from Nintendo and their Mario Kart series, the Angry Birds will be making their way across plenty of wild roads in a kart racing game of their own.

Are You Excited for Angry Birds Go? Share It!

No official details have been released on this teased game thus far, but you can head on over the game’s official site to keep track of what’s bound to be announced! Stay tuned top this page for more details as they arrive! 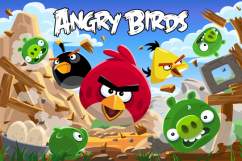 What is Angry Birds?: Top 10 Facts You Need to Know 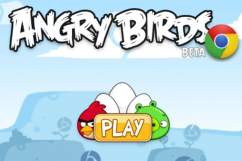 How To Play Angry Birds The Game for Free Online