Game of War: Fire Age contains elements of your favorite MMORPG/strategy games. The constantly moving world of this mobile game can be compared to other mobile games, such as Kingdoms of Camelot: Battle for the North. You’ll have to keep an eye on all your town’s resources, soldiers, buildings etc. as you contend with rival armies and other harmful entities.

This mobile MMORPG/strategy game will test your limits as you strive to strengthen your personal stronghold. After amassing a nice collection of troops and putting together a solid village for them all, we came away with 10 tips/tricks/cheats for the game.

1. The Basics Behind Game of War: Fire Age

Game of War: Fire Age is a building simulation and real time strategy game. Players can construct buildings and train armies that can be used for offensive and defensive purposes. There are also allegiances to join, which is especially important as allies can share resources as well as help each other in their respective tasks. Aside from working together, players can also attack each other, and the winning team will be able to gain additional resources as rewards.

2. Hook Up With A Local Alliance

Don’t play the lone wolf role during your time with the game. You’ll have an easier time dealing with rival armies just as long as you adopt some alliances. Pick the right options and you’ll have the support you’ll need in those tight situations. Alliances also help make the construction of buildings easier. Make sure you return the favor to your buddies by paying attention to the goals you see when you take a peek under the “Alliances” tab. The more you aid your alliances, the more loyalty points and gold you’ll obtain.

TouchAppPlay.com provided some tips on what you should do after building up a sizable, powerful army:

After building a decent army, look for resource fields on the map and occupy them. You will probably find quite a few unoccupied ones at first, it’s a good idea to go for them too. Also have in mind that you should go for the resources that you lack (iron for example). Interesting about occupying is that you don’t permanently own that area once occupied, just harvest it until troops get to maximum capacity and then they automatically return home with the loot.

4. Stock Up on Hospitals

5. Stock Up on All The Resources You Find in Chests

Resources are primary when it comes to keeping all your buildings healthy which in turn keeps your soldiers healthy. Some of the buildings you end up constructing can also produce resources. You can obtain resources by opening up chests and playing the in-game lottery. These resources don’t directly move over to your overall resource pile; they go to your inventory in the item menu. Keep some of these resources stockpiled in your items menu so it won’t have a higher risk of being stolen from your resource pile.

Share these Game of War: Fire Age tips and cheats!

6. Take Advantage of The Game’s Peace Period By Building Barracks and Hospitals

Modojo.com posted some beginner tips that prove beneficial for the start of the game:

You immediately enter a peace period at the start of the game, but it won’t last long. Make sure you create plenty of hospitals and barracks, and have the necessary number of troops needed to fend off attacks. Once the period ends, you can bet someone will come for you.

7. The Red Dotted Lines Indicate The Future Presence of a Rival Army

Modojo.com also spoke about the meaning of those red dotted lines that you may spot around the game’s world:

Watch out for red dotted lines. This indicates that a rival army is about to take over that territory. Let them move in and do their business. Once they do, and if they don’t overtake the area, you can easily move in and finish the job. Watch your numbers, though.

8. Choose Quests That Have Better Rewards

9. Hide Your Troops in Empty Areas With No Resources

WriterParty.com put together a couple of tips that should keep your favorite troops alive:

Another way to hide troops from getting attacked so that you don’t even have to use the hospitals is to occupy an empty area of land with no resources (thus, something that nobody else will want to attack) and send any troops there that you want to hide. Send them back whenever you need them for defense, or simply attack other players from the encampment.

10. Pay Attention to All The Recipes You Have in Your Forge

If you have any extra tips and cheats you’d like to contribute to fellow Game of War: Fire Age players, throw them in the comments section! 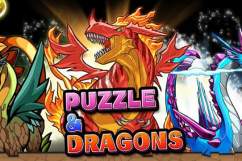 Puzzle and Dragons: Top 10 Tips and Cheats You Need to Know