Old school gamers are quite familiar with the awesome action and crushing difficulty of those ol’ Contra games. Mobile gamers now have the pleasure of joining in some gamers’ misery now that Contra: Evolution is back to test your limits. The famous Konami code may not be present in this rebooted shooter, but we’re here to offer you some worthwhile tips/tricks/cheats for the game.

With this guide, you’ll have no problem getting your dude bro’s to the end of the game’s mayhem-filled levels.

As soon as you enter Arcade Mode, tough it out and make your way through so you can get access to Ricci. As for the other gunner you can unlock (Sally), you’ll have to gather up 55 gold eagle badges while playing Mission Mode. Copping those extra badges also goes towards getting you more currency, so that should be an extra incentive.

2. Log-In Every Day If You Can

Try to log-in to this shooter everyday. This is the best way to unlock bonuses that will make your time shooting dozens of nameless drones much, much easier.

3. Try and Throw In Some Coins for A Super Bullet

The random bullet icon on your screen is there to equip you with some much needed bullet support. If you get lucky, you may just get your hands on a super bullet. It may be best to free your coinage for some extra firepower.

Unigamesity.com realizes it’s better to keep moving and shooting instead of staying mobile:

Run and Jump: For some reason, this seems to be the best approach to battles: run and jump, while keeping an eye on the screen for all the bullets coming your way. When there are many enemies coming your way, it’s best to stop and shoot them all and only afterwards continue.

5. The Basics of Arcade Mode and Mission Mode

CheatMasters.com listed everything you’ll need to know about both of the offered game modes:

Contra: Evolution has two game modes, namely Mission and Arcade. Arcade Mode follows the original version of the game, while Mission Mode allows players to play through the different stages, as well as change its difficulty. The latter is a great way to learnt the layout of each stage, as well as earn additional coins that you can use to get an edge over your opponents. Arcade Mode, on the other hand, is the ultimate test to your skill and should be done once you have adequately prepared for it.

6. So What Powerups Are There?

CheatMasters.com also listed some details on all the upgrades you can expect to get as you make your way through the game’s tough stages:

Several powerups can be acquired during the game, and can also be purchased via coins that are awarded by further play. These powerups can come in the form of additional lives, V-Bombs that can be used to destroy multiple enemies on the screen, as well as different bullet types. Bullet types include Spread Shots, Rockets, Lasers, and many more, and being able to use the right bullet type for the situation is integral to have a higher chance of success.

In order to down all those tough bosses much faster, try and upgrade your super bullets. All that added strength to your bullet power will kill all off those badasses much faster.

8. The Basics of Reviving

CheatMasters.com final tip offers some info on the act of reviving your downed soldiers:

When players use up all of their lives, their game will end. However, players will have the option to spend Diamonds in order to get back into the game. More diamonds, in turn, will require players to make in-app purchases, so make sure to make each continue count as these come in limited supply.

9. Take A Look at This Gameplay Walkthrough…

The video above is the first part of a full walkthrough of the game. Refer to this video guide if you’re having a hard time traversing through the game’s levels and bosses.

10. and Make Sure You Watch This Next Vid for the Second Part

The second part of this video walkthrough should get you closer to completing Contra: Evolution.

If you have any extra tips and cheats you’d like to contribute to fellow Contra: Evolution players, throw them in the comments section! 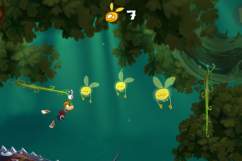