So the PS4 was announced as releasing on November 15 of 2013. Then the big rumor sorrounding the Xbox One’s release date placed the system on a November 8, 2013 launch date.

Microsoft has gone out and officially marked the day the gaming public can get their hands on an Xbox One – November 22, 2013!The console will retail for $499.99 (which is pretty much 500 bones).

The video seen above marks this exciting next-gen console announcement. The countries that will receive the system on that day are as follows:

The countries listed below will get their hands on the Xbox One around 2014:

Major Nelson even posted photos of a few Xbox One units making their way off the assembly line and onto the trucks to retail:

As an extra incentive for waiting so long, either FIFA 14 or Forza Motorsport 5 will come with Xbox One Day One Edition pre-order’s for UK gamers.

The Xbox Wire also made sure to announce that an improvement to the Xbox One’s tech specifications has been added succesfully:

Finally, in the spirit of continuing to bring new value and excitement to Xbox, I am also pleased to confirm that the development team has increased the CPU from 1.6GHZ to 1.75GHZ, roughly a 10 percent increase in CPU performance. This is on top of the 6% increase we previously announced for the GPU. What does this mean to you the gamer? It means that the Xbox One will have that much more power for developers to make their games and entertainment really shine. We’re going to keep bringing more value to the Xbox One as we head towards launch building on some of the advancements we have already shared such as the 40 plus improvements to the Xbox One controller, advancements to help you find the perfect opponent and make the most of our online community, to the power of the cloud. 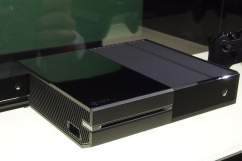 Xbox One: Check Out This List of the Games You Can Play At Launch 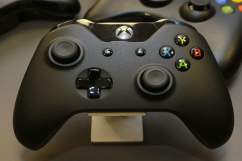