Racing game enthusiasts get their kicks with series such as Burnout, Need for Speed, GRID and Microsoft’s exclusive series Forza Motorsport 5. As the November 22, 2013 launch date of the Xbox One gets nearer and nearer, the anticipation is also growing for the next entry in the Forza series – Forza Motorsport 5.

The next-gen visuals shine, the car models look amazing and the planned DLC content will keep players busy for years to come. Before you race out to buy a copy of the game alongside your fresh Xbox One console, make sure you know everything about the game itself.

Here’s the top 10 facts you need to know about Forza Motorsport 5.

1. Forza Motorsport 5 Was Unveiled During the Xbox One Reveal Event

Forza 5 was initially revealed to the gaming public during the Xbox One reveal event on May 21, 2013. The teaser trailer that was on display featured beautiful scenes that included an orange McLaren P1 racing against a silver McLaren F1. You can take a look at the reveal trailer above.

2. 141 Cars are Being Confirmed for the Game

A large total of 141 cars have been confirmed to be included in the final version of the game. Each of those cars will be licensed from over 49 car manufacturers. Some of the confirmed rides seen so far are the Ferrrari F12berlinetta and the Pagani Huayra. Among those new sweet rides are the addition of classic Formula 1 vehicles, IndyCar and several open-wheel cars.

Several racing teams from the IZOD IndyCar series will be featured in the game as well:

A couple of notable classic F1 cars will be arriving in the game as well:

After Forza 5 launches, gamers can look forward to 60 additional cars being available as DLC. Six packs of separate DLC packs will come with 10 new cars. The game’s official website announced the news behind all the planned DLC rides that are on the way:

For Forza Motorsport 5, Turn 10 Studios will once again be bringing an awesome cadence of add-on cars. Each month, we’ll be bringing you a new car pack, featuring ten cars to collect, drive, and customize in Forza Motorsport 5. In addition, just like each car that comes on disc in Forza 5, every add-on car will feature a full Forzavista experience. Walk around the car, check out the interior, start up and rev the engine, learn about the car’s history and performance statistics; you can even add a new livery design, change the paint color, or tune your car all from the same Forzavista view. Every car has a story to tell in Forza Motorsport 5 and the story will continue to unfold even months after the November 22 launch.

If you’re a Forza fan, you won’t want to miss out on any of this automotive awesomeness we’ve got planned, and the Forza Motorsport 5 Car Pass is a great way to keep up. The Car Pass will bring you the freshest add-on cars as they are released; Car Pass owners will get six add-on packs (10 cars each) for one discounted price.

Here’s a list of the tracks that will be a part of the game’s official stage roster that have been revealed so far:

One of the coolest features that properly showcased the rides in Forza 4 was a mechanic called “Autovista.” Autovista allowed players to view certain vehicles in the game within a showroom-like atmosphere. This Kinect-compatible mode used motion controls (along with traditional controls) to view the exterior/interior of some of your favorite vehicles. This feature will make its way to Forza 5 as the newly renamed “Forzavista.” Vehicle commentary from Top Gear’s Jeremy Clarkson will also return.

6. The “Drivatars” Will Be Improved

The “Drivatar” feature will come back for Forza 5, but with some Xbox One cloud powered improvements. Drivatar will track several aspects of a player’s in-game driving (brake points and corner entry, for instance), then create an AI avatar that will be uploaded to the Xbox One cloud. That AI avatar will then become present in other player’s single-player races. Over time, a player’s Drivatar will evolve and you’ll get a daily report on how your Drivatar is performing.

7. The Game’s Races Will Be Split Among Eight Racing Leagues

Each of the game’s race tracks and events will be split among eight different racing leagues:

Various championship series will also pop up in the game that tests players pedigree with all of the game’s car classes.

8. A Short Film Has Been Created to Promote the Game

In a cool promotional move for the game, McLaren Automotive and legendary racing and stunt driver Tanner Foust helped film a short documentary. You can check out that film, “Forza Motorsport 5: Making of FilmSpeed with Tanner Foust,” above.

9. A Limited Edition is Being Prepped for Release

For players willing to throw down $80 on the game, a special Limited Edition is available to them all. The game’s official website listed all the important details regarding this super special version of the game:

1. 2011 Audi RS 3 Sportback – More than a mere grocery-getter, the RS 3 Sportback marries performance with practicality. The result is a 340-horsepower grin-generator that will paste your head to the back of the seat and not crack a single egg in the process.
2. 2012 Aston Martin Vanquish – As comfortable on the track as it is on cozy country lanes, the Aston Martin Vanquish is equal parts refined style and snarling, road-taming grit.
3. 2013 Ford M Shelby Mustang GT500 – While the GT500’s aggressive lines suggest raw power and straight-line speed to spare, the sound of that big 5.8-liter V8 simply screams, “Get out of the way!”
4. 2013 McLaren P1™ – The successor to McLaren’s legendary F1, the McLaren P1™ is an automotive highlight reel: technological innovation, gorgeous contours, and pure, unapologetic performance. Epic, legendary, astounding – words tend to fail when describing this car’s limitless potential.
5. 2013 SRT Viper GTS – The return of the Viper has been celebrated by automotive fans worldwide. With an 8.4-liter V10 that’s capable of pushing the GTS to a top speed north of 200 mph, the 2013 Viper GTS has once again firmly entrenched its spot near the top of the American Muscle hierarchy.

VIP Membership – Forza Motorsport 5 VIPs enjoy exclusive benefits, including 2x player reward acceleration, access to exclusive multiplayer events, an exclusive in-game player card badge, and in-game gifts from the Forza community team.** VIPs will also have access to the Forza Motorsport 5 VIP Car Pack, featuring five amazing cars only available to VIP members, including:
1965 Shelby Cobra 427 S/C — Marketed as “the fastest streetcar in the world,” the 427 S/C is the most desirable of all the Shelby Cobra variants. Out of the 100 that were planned only 53 were built. They are nothing less than a purpose-built race car converted at the last minute for street use.

6. 1987 RUF CTR Yellowbird — Dubbed the “Yellowbird” by journalists during a test drive event, the 1987 RUF CTR Yellowbird earns its name thanks to the canary-like chirping of its twin turbo blow-off valve. Just 29 of these cherished classics were built.
7. 1991 Mazda #55 787B – One of the most beloved race cars of all time, the 787B holds the distinction as being Japan’s only winner of a 24 Hours of Le Mans race. Featuring a brash green and orange livery and an unmistakable screaming Wankel rotary engine, the 787B continues to inspire more than 20 years after its debut.
8. 2011 Ford F150 SVT Raptor — Say hello to your rear view mirror’s worst nightmare. The Raptor is essentially a factory-built pre-runner race truck with suspension to match its under-the-hood muscle. Slide it, jump it, whatever you like — it just begs for more.
9. 2011 Bugatti Veyron Super Sport – Even among hypercars, the Veyron Super Sport stands alone. After all, this is the car that currently holds the Guinness record for “World’s Fastest Car” at speeds approaching 270 mph.

10. A Day One Edition is Also Available

Along with the Limited Edition of the game, a Day One edition (which comes in at $60), is also available. Check out the details on what’s included in that special version below:

Day One Car Pack – This three-car pack features amazing cars from Lamborghini, Audi, and Ford; each with a Day One-themed livery and custom tuning package created by the experts at Turn 10. The Day One Car Pack includes the following cars*:

1. 2010 Audi TT RS Coupe – Stuffed stem to stern with modern tech, the TT RS is the first TT model to carry Audi’s famed RS badge – a distinction that’s earned on the track from the moment you step on the gas.
2. 2013 Ford Focus ST — Debuting with the same 247-hp 2.0-liter turbocharged EcoBoost engine from the much larger Ford Explorer SUV, the new Ford Focus ST packs a serious punch.
3. 2011 Lamborghini Gallardo LP570-4 Superleggera – Like great sculpture, the Superleggera’s chiseled form is carefully considered for maximum impact. That’s where the similarities end, however, because this work of art is best appreciated when it’s moving at top speed. 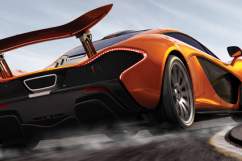 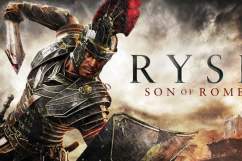 Ryse: Son of Rome: Top 10 Facts You Need to Know