Call of Duty: Ghosts has been around for much longer than fans think. Most of today’s crop of FPS addicted gamers may have joined the COD train once the series took everything into a modern military landscape. Before this occurred, the series focused on the real world affairs that took place during WW2. With this futuristic entry in the series, players will travel into a massive conflict that pits a group of high level U.S. military officers against a major South American contingent.

If you’re expecting huge explosions, melodramatic dialogue, unbelievable far fetched moments (shooting…IN SPACE?) and cliched plot twists, then you have the right idea of Ghosts’ campaign. Playing through each mission is fun, since you’ll perform a variety of tasks. One moment, you’ll take control of Riley as you scope out your enemies. Another moment, you’ll be piloting a helicopter as you blast off missiles at opposing copters in the sky. The plot has its high points here and there, but you won’t reflect back on it after it comes to an end. Play it, beat it, move on to multiplayer. Done.

If you’ve been around the Call of Duty series since it headed into Modern Warfare territory, then you probably have an inkling of what to expect with Call of Duty: Ghosts’ graphics. The visuals maintain that gritty gray and brown template that matches up with the game’s grim and explosive elements. Everything, from the destroyed landscapes that are rife with explosions to the underwater life you’ll be swimming alongside, looks great. You’ll marvel at the more heart stopping moments that crop up during the single-player campaign. There’s nothing to complain about when it comes to what you’ll be staring at during your campaign playthrough.

The in-game audio performs its job admirably. The constant gunfire, environmental destruction and even the barks that emit from everyone’s favorite guard dog Riley sounds great. You’ll have nothing to complain about when you throw on a pair of quality headphones and listen to all the chaos that’s happening onscreen.

Longtime Call of Duty players know the drill – everything moves at a fast pace. There’s a good reason why Activision releases annual installments of this series – fans just can’t get enough of the large collection of firearms, grenades and additional perks that’s tied to the multiplayer modes. One new maneuver that’s been added to the game is the sliding technique. While it’s refreshing to see that the developers behind this sequel are trying to alter the in-game movement, this new mechanic doesn’t dramatically change things. The same can be said for the somewhat lackluster stage destruction and new cover leaning technique.

The bread and butter of this game and all of the entries that came before it is the multiplayer. Call of Duty: Ghosts offers the usual array of modes, such as Free for All and Team Deathmatch. Search and Rescue is an awesome multiplayer variant that rewards teamwork and constant communication. Cranked provides a whole new level of fun for players who are much quicker on the dash when it comes to picking up those 100 lauded kills for their squad. Kill Confirmed turns up the intensity during matches as players try to preserve their kills by retrieving fallen dog tags.

The familiar and brand new game modes offered in multiplayer offers new renditions of familiar gameplay concepts. They’re all fun, thanks to a mixture of stages that range from wide open locales to destroyed areas that are ripe with close quarters encounters. The Killstreak formula still reigns heavily in the multiplayer landscape here, since great players will even have the option of sending their own attack dogs into the fray. Multiplayer is still as fun as ever. What bogs down this rendition of multiplayer is the somewhat stale engine that past Call of Duty games have been powered by. The introduction of Clans and creating one’s own army of A.I. controlled soldiers is cool, but only those not tired of the series will truly take advanatge of these add-on’s

One of the more refreshing modes offered in this entry is a new take on the ever popular Zombies Mode. Extinction Mode is a four-player, cooperative set of missions that pits humans against invading aliens. You’ll no longer have to contend with slow, lumbering undead hordes. Now you’ll have to quickly analyze your crew’s situation as fast moving alien creatures target you and your drill. The rush players will get from successfully fending off slimy aliens while flaming walls and gun mounts are being set up is unparalleled. Extinction is the one mode that wins on all fronts, thanks to the fact that it makes everything feel and perform a bit differently.

Call of Duty: Ghosts doesn’t veer too far from the FPS formula that the series has been riding high on. On one hand, the swift gunplay, explosive campaign, addictive multiplayer and Extinction Mode hijinks are all enjoyable. However, the overall feel and mechanics brought over from past Call of Duty entries has grown a tad bit more stale with this sequel. This game may still be fun at the moment, but the decent quality and all-too-familiar feel of this entry brings things down a bit. 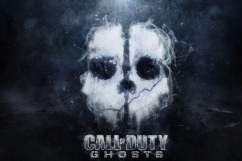