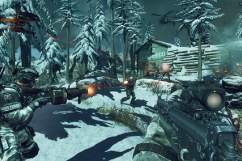 Chances are your console’s friends list has one game listed at the moment – Call of Duty: Ghosts. Every year, some diehard fans of the series look forward to another epic romp through the game’s explosive setpieces and online multiplayer skirmishes. This year, Activision and Infinity Ward have released a new entry that delves into a new storyline.

So the major question that needs to be asked is this – does this game continue to uphold the untouchable legacy set by its predecessors? Or is this the the game that will begin to slow down the forward momentum of the series?

Check out our reviews roundup below.

The variety of environments keeps the campaign fresh, not only in terms of visuals, but in gameplay as well. Instead of just fighting waves of enemies through a linear stage at ground level, you’ll find yourself rappelling down skyscrapers, flying helicopters, having firefights in space, commanding tanks, scuba diving through shipwrecks, playing as a dog, and evading shark attacks. Each requires new strategy, acute situational awareness, and – in the case of the space and water missions – special consideration for verticality and physics.

Call of Duty: Ghosts isn’t a reinvention of the franchise, but proves there’s still room for innovation within its existing formula. Though at the risk of overcomplicating things at times, its robust multiplayer gameplay, surprisingly fun co-op modes, and lengthy, challenging, and varied campaign makes Ghosts one of the best Call of Duty games to date.

That customization system is what drives the new Squads mode, a feature that pushes Call of Duty eerily close to the realm of management sim. Squads is where you take your custom characters and turn them into a full-blown team of AI soldiers, leading your creations in competitive matches against teams designed by your friends–even if those friends happen to be offline. It essentially spreads the rewards of repeated prestiging out across different soldiers, giving dedicated players a new kind of progression for the countless hours they will spend leveling up. Squads is clearly a feature designed for the most hardcore Call of Duty players, but it’s also a testament to just how deep the well of competitive experiences has become.

From an exuberant campaign full of spectacle and variety to the way Extinction’s unpredictable aliens force you to use those targeting skills in entirely new ways, Ghosts strikes an excellent balance between the familiar and the novel. This is a game that’s keenly aware of the series’ strengths, but doesn’t find itself beholden to them. No matter what standard you apply, Call of Duty: Ghosts is a terrific first-person shooter.

Sure, it contains a handful of new multiplayer modes. Grind mixes Halo’s Headhunter mode with Call of Duty’s own Kill Confirmed match type, and it results in some tense moments as you struggle to return dog tags before you’re killed. Blitz is fast-paced and fun, tasking players with sprinting into a designated scoring zone before enemies stop them with a hail of gunfire. Search and Rescue is a smart variant of a series favorite, and gives players hope to return after being eliminated. These new match types can be a lot of fun, but the only thing that feels different is the method of scoring.

Ghosts had potential to be more than it is. As the first series entry on new consoles and the first of what will assuredly be a new brand, I was disappointed to see it resemble its predecessors even more than the franchise typically does. Even without its own significant hook or sense of identity, however, Ghosts is still fun thanks to Call of Duty’s polished and reliable backbone that’s been established for years.

Call of Duty: Ghosts is a solid installment, but it lacks creativity and innovation. Its new engine already looks dated in the face of the competition, and it eschews many of the solid concepts seen in Black Ops 2. After Treyarch attempted to expand the established Call of Duty formula with risky campaign and multiplayer ideas, Infinity Ward and friends have ignored the franchise’s innovative climb. Despite this, Ghosts still steals the show with more memorable missions than those found in Black Ops 2. And even with the loss of Pick 10, I still played the multiplayer for hours and had a good time.

Expanding on Treyarch’s accomplishments could have elevated Call of Duty: Ghosts, but Infinity Ward largely returns to ideas it has been tweaking since the original Modern Warfare. Infinity Ward has always forged its own path, but its formulaic design document has become worn. It’s a good book, but it’s time to turn a new page.

Ghosts excels for the same reason every COD game excels: the basic mechanics are absolutely unbeatable. All first-person shooters boil down to one thing: pointing a gun at stuff and pulling the trigger until that stuff dies, and COD still does it better than any other series out there. We’re disappointed Infinity Ward decided to play it safe and abandon some potentially cool ideas introduced in last year’s Black Ops 2 (like multiple endings and customizable loadouts), but Ghosts’ campaign is still an undeniably enjoyable if familiar way to spend six or seven adrenaline-fueled hours.

Ghosts is by no means flawless, but it’s also such a well-constructed experience that it shouldn’t immediately be written off and forgotten simply because it’s formulaic. We wish Infinity Ward had been bolder with their design decisions, sure, but everything from the campaign to the competitive multiplayer to the alien-battling version of Treyarch’s zombie mode remains outright fun. Imperfect and unsurprising maybe, but fun nonetheless.

Call of Duty may have picked up a reputation as one of the laziest, most callously developed cash cows in the business, but I’ve always believed that reputation was undeserved. Call of Duty: Ghosts, however, with its slapdash campaign and unambitious multiplayer, contains enough factory-standard cynicism to earn itself plenty of scorn. Nothing Ghosts does is especially bad, but nothing Ghosts does is worth paying any attention to. It exists to exist, a stopgap bit of filler spat out as the industry transitions from one generation of consoles to another.

Contrary to the old saying, you can teach an old dog new tricks. Black Ops II demonstrated that with style. Ghosts, however, is a dog that simply doesn’t want to change. It knows what it is, and sticks with it. It would be a respectable endeavor, if it didn’t lead to such an underwhelming and predictable little product. What a sleepy, sleepy dog. Goodbye.

All in all, Call of Duty: Ghosts takes the FPS formula established by its predecessors and doesn’t innovate. Instead, it just adds more. You’ll have more killstreaks and perks to choose from, more monsters to kill, and even more explosions to stagger away from. And while you’re running through a collapsing building for the hundredth time, the thrilling sensation and excitement you felt in the previous games is numbed. There are no memorable characters to hang on to, no jaw dropping twists–just more of what you’ve already seen before. The seller here is the multiplayer. The ability to completely customize your soldiers, the polished gameplay, and a few entertaining additions will keep you coming back to gun down your friends for hours on end. Just don’t expect to be blown away.

Ghosts is a cookie cutter game with a little touch of alien frosting on top. However, the well-designed multiplayer maps, soldier customization, and polished gameplay is more than enough to sink your teeth into. 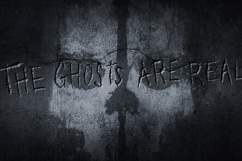 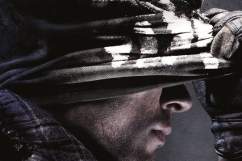