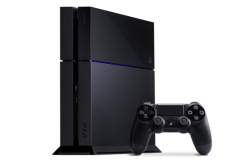 PS4: The Top 5 Reviews You Need to Read

Now that the PS4 console itself has been reviewed by a slew of credible tech/gaming outlets, it’s time we gathered up the best reviews for two of the console’s biggest launch games: Killzone: Shadow Fall and Knack.

One’s a futuristic FPS that continues PlayStation’s exclsuive franchise. The other’s a brand new platformer that combines the finest elements of action/adventure games. For those gamers who’ve purchased the game early, you’ll find out if you’re gonna wanna keep these games or trade them in for something more worthwhile.

So which PS4 launch game is worth getting? Let’s all find out by checking out the five best reviews for both games you need to read.

IGN gave the game a pretty positive score. They applauded the game’s move away from a grim shooter to a livelier single-player romp. IGN also felt the multiplayer was perfect for casual and hardcore players:

Shadow Fall represents the Killzone series’ coming-out party – out from being a plodding, gray war shooter through hours of bland, linear corridors. Now, it’s something else entirely. Its single-player campaign suffers from some AI issues and dabbling in non-shooter gameplay it’s just not good at, but it’s still an enjoyable romp that challenges you to really think about how you’re approaching each fight. And then there’s multiplayer, as hardcore as ever but with a level of accessibility that will allow Killzone’s online community to grow and flourish for some time to come.There’s never been a better time for everyone to be paying attention to the Killzone franchise, because Shadow Fall is a step in an all-new, very welcome direction.

GameSpot’s review awarded some points to the game’s multiplayer portion and character customization. However, they were quite disappointed in the single-player campaign:

As much as I enjoyed my online time with Killzone: Shadow Fall–and as much as I will enjoy lots more time with it, unlocking perks that allow me to personalize my weapons–I missed Killzone 3’s jump pack, which brought a nifty nimbleness to the battlegrounds. I missed it in Shadow Fall’s disappointing single-player campaign, too, which sorely needed a shot of adrenaline. Where I look back fondly on Killzone 2’s finest single-player moments, the moments I recall here are those in which I wandered through corridors and rocky meadows wondering where the bad guys were. Luckily, Guerrilla Games remembered what drew me and many others to the front lines of online war, and it’s here that Shadow Fall emerges from the rubble and flies into the electric skies.

Polygon didn’t seem to pleased with Shadow Fall as a whole. This review pointed out the game’s lack of evolving over its predecessors, as well as its FPS cliches:

– SHADOW FALL LOOKS LIKE THE FUTURE, BUT IT’S STUCK IN THE PAST: That absence of meaningful evolution might be Killzone: Shadow Fall’s biggest sin. For all the next-gen bluster of its visuals and the repeated blunt-force attempts to ram a message home, Guerrilla’s first shot on the PS4 retreads shooter cliches, and poorly. In a launch lineup crowded with shooters, Killzone: Shadow Fall sits at the bottom.

Destructoid gave the game a much more positive review. They appreciated the game’s change of pace, beautiful graphics and brand new approach to sandbox gameplay:

I like Killzone: Shadow Fall for its change of direction from previous series games, as well as its change of pace over other first-person shooters. Guerrilla has tried a few new things this time around, and should be commended as such. I welcome the almost sandbox-ish level approach, and the stealth segments did a nice job of breaking up the standard shooting action. It’s really nice when gameplay concepts win out over big set pieces and cinematic events. Oh, and it’s beautiful. A stunner. Killzone: Shadow Fall is the game that will make you happy to own a PS4. This needs to be on your PS4 launch game list.

GamesRadar.com felt the game was a pretty good. They made sure to mention how cohesive the multiplayer experience is and how much the open mission structure for the campaign excels:

Killzone: Shadow Fall is an excellent way to kick off the eighth console generation. Sure, its characters may not be all that convincing, and its multiplayer is more a well-crafted distraction than a long-term destination, but the game as a whole contains plenty of unexpected surprises that make it worth your time. The open-ended missions, though not as plentiful as you might like, are made even better thanks to the awesome tools at your disposal, and its story has some powerful moments that are sure to catch you off guard. And even when it hits lulls, you’ll still have a great time shooting to your heart’s content. 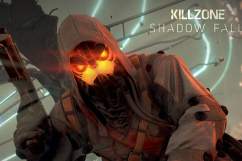 Head to the next page to get a glimpse at the reviews for Knack!