Sony’s going all in with the PS4’s exclsuive launch games. One of those games is another entry in the long-running first-person shooter series Killzone. The ISA and the Helghast conflict is going into overdrive this time and its going to look way more awesome thanks to the PS4’s processing power.

Launch day PS4 followers are probably have this game in their crosshairs when they pick up their console. We’re here to make sure you know everything there is to know about the upcoming Killzone: Shadow Fall.

Here’s the top 10 definitive facts you need to know.

1. It Takes Place 30 Years After The Events of Killzone 3

Killzone: Shadow Fall comes right after the events of Killzone 3. The Helghast’s home planet (Helghan) is hanging by a thread after the war between the Interplanetary Strategic Alliance (ISA) and the Helghast factions. Now, the Helghast refugees reside on the planet Vekta. Both the Vektan and Helghast factions reside in a city that is divided by a massive security wall. The Helghast and Vektans end up engaging each other in a “Cold War,” which sets off the events of the game. Players take on the role of Lucas Kellan, an elite ISA special forces branch agent that works for the Shadow Marshals.

Check out the game’s official description from Sony’s website:

The game is set in a near future, thirty years after the events of Killzone 3. The world is a very different place; two rival factions known as the Helghast and the Vektans live side by side in a futuristic city, divided by a vast wall. From responding to bold attacks, to quiet infiltration’s or all out combat, you will be required to adapt and think on your feet as you have to face a variety of escalating events that could destroy your home world.

2. Some New Changes are Coming to this Entry

The official Killzone blog spoke about one of the newest mechanics that will be featured in the game:

Obviously, we are keeping what is great about Killzone – we have a unique universe, iconic enemies and some great features like the hit-responses, first person cover and the melee system. But we’re also building on that, expanding and polishing those systems with things like drop-down melees and combo melee attacks. More importantly though, we’re adding many more player abilities and providing larger, more open arenas for you to play in and find your own unique solutions to problems.

The OWL attack drone is a prime example of this: its combat abilities allow you to fight on your terms and decide how the battle plays out. We want to encourage that kind of thoughtful and dynamic play-style, to create moments you will want to share. It is not just about outgunning your enemy – it’s about outmaneuvering and outsmarting them as well. Killzone Shadow Fall is a shooter that requires both skills and brains.

3. A New Enemy Type Will Contend With Players

One of the newer enemy types in the game are known as the Helghast Infantry. The former Helghan Troopers have recieved a visual overhaul that gives them a fresh look for their PS4 debut.

Another entry on the official Killzone blog provided some info on who these soldiers are and what they can do. Art Director Roy Postma and Asset Art Director Dan Calver provided the commentary:

Dan Calvert: We added a lot of new ideas to Killzone Shadow Fall, but we also wanted to show the familiar Helghast regular forces and how they’ve evolved since Killzone 3. In many ways they have changed, but in some respects they’re the same – their gear and tactics have evolved, but they’re all still zealous and brutal Helghast troopers on the inside.

Roy Postma: They’re still the mainstay of the Helghast military, of course, but the role of the military itself has shifted since the war has gone cold. After incurring devastating losses during the destruction of Helghan, the Helghast military was forced to rethink its attrition-based approach to warfare. While rebuilding and restructuring itself in the ensuing arms race with the VSA, its focus shifted to obtaining an edge over the status quo by any means except open warfare.

With limited numbers of able-bodied Helghast available, the infantry required a new breed of soldiers – more durable, more versatile, smarter – and most importantly, able to perform in different and more specialized roles than before. These soldiers are now used to police their own population, guard the endless borders against ISA incursions, and tip the balance in their favor wherever, however and whenever they can.

Dan Calvert: Still, while their ability to field masses of troopers isn’t an option anymore, the Helghast doctrine of overwhelming force hasn’t changed all that much. They’ve just improved the force capability of individual troopers, and augmented them with an enormous army of combat drones. If and when war comes, these guys will march over the walls and take Vekta through raw power.

4. Two Voice Actors for the Game’s Characters Have Been Confirmed

Back in July 2013, two voice actors were confirmed to be voicing two separate characters in the game. David Harewood will play the part the Vektan Security Agency director Sinclair, while Jamie Gray Hyder will play the part of an intelligence operative for the Helghast named Echo.

Killzone: Shadow Fall’s single-player campaign will clock in at 30FPS (Frames Per Second), while the multiplayer campaign will run in at an amazing 60FPS. Both modes will output a graphics fidelity level of 1080P, too. The only caveat with multiplayer is that the frames will begin to falter as more activity occurs on the screen.

For players who pre-order the game, they can look forward to the bonuses listed on the game’s blog site:

1. OWL Skin – Give your OWL a unique appearance with these exclusive skins. Who says combat drones need to be devoid of personality?

2. MP Spotlight Move – Celebrate your triumphs over enemy players in multiplayer mode in a new and unique way with this special victory move.

3. Official Soundtrack – Listen to the epic cinematic score for Killzone Shadow Fall as it brings both sides of the conflict to life like never before.

7. The Multiplayer Aspects of the Game Focus on The Usual Aspects of FPS’S

In an interview with VentureBeat.com, lead designer of Killzone: Shadow Fall Eric Boltjes provided a few details on how the game’s multiplayer will function:

We start out with a level playing field, but what we wanted to do is allow people to become better at their playstyle. As you unlock challenges and so on, you do two things. One is that you kind of specialize. The guns are unlocked from the start, but when you complete new challenges, you get new scopes, you get new secondary fire options, things like that. You can tailor a weapon more toward how you want to play. The same goes for abilities. You can unlock improved versions of abilities. The core abilities are unlocked at the start, but you can get improved versions as you complete challenges.

8. This is the Sixth Game in the Series

Killzone: Shadow Fall stands as the sixth game in the entire series. Check out the past five games that came before it below:

9. It Was Released Before the PS4 Launch

In a surprising move, the game already went on sale at several retailers. Several gamers have reported seeing copies of the game along with PS4 accessories. If you’re lucky enough to grab a copy before the PS4 hits stores, feel free to go ahead and search out for it.

The install size for this FPS was pretty huge at first – 290GB. Thankfully, the game’s HD install size has now been lowered to 45GB. Guerrilla Games’ technical director Michiel van der Leeuw spoke to EuroGamer.net about why the game’s size is so big:

The bulk of it is textures. I think we’re probably a lot larger than the other cross-generation games, because we have no assets that have been made to a lower spec. The surface area, I’m just guessing here, must be five to 10 times bigger than Killzone 3 was. I think at some point the disc image that we were generating was around 180 gigs. And if we would have put all the levels in, which we didn’t, because then the disc image generator broke, it would have been around 290 gigs of data. So we had to completely re-architect how we deal with data. And we did a lot of work – this is actually something I’m extremely proud of – to optimize our disc access pattern. Sony made special libraries for us because we were the first ones hitting these sort of problems. I think it’s something that a lot of people will need to be doing in future. 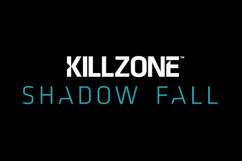