Real Racing 3 is the top of the class when it comes to mobile racing game greatness. Electronic Arts knows what it’s doing in the whole racing game department, so this incredible mobile racer has been blessed with EA’s magic touch.

All of the detailed, manufactured rides you wish you could drive in real life are probably in this digital racer’s garage. There’s a good selection of cars and racing cups here to keep your driving for a very long time. Making your way around the track and filling up your garage will take up the majority of your time with RR3.

If you’re ready to burn as much rubber as you can and stay in 1st place, then take advantage of all these helpful tips/tricks/cheats.

1. Keep the Braking Assist Off

Automatic braking seems like a viable option for players who aren’t quite experienced yet, but seasoned players should use the manual braking option in due time. Either turn the braking assist option to a lower degree or turn it off completely. Once you’re in control of your own braking around those tight corners, then you’ll begin to come away from races with lower completion times. Your racing times/speed will see a huge, positive difference if you do all the braking yourself. Master your braking. Don’t let the game do all the work for you.

When you become a bit more knowledgeable about each track, then you’ll come to understand which corners you’ll need to cut in order to keep your steady speed going. When you’re ready to cut a corner, ease off the gas a bit but don’t let it fall down too much. Keep your speed at a steady level that won’t send your car flying all over the place if you bump into some barricade or rival racer. Cutting a corner means driving across a corner flatten out a curve. You’ll fly through that curve if you take our corner cutting advice to heart.

3. If You’re Lucky to Land in 1st Place, Cut Off Rival Racers Behind You

Once you take the 1st place position in a race, it’s pretty hard to keep it as time goes on. You’re gonna have to play a bit dirty if you’re willing to stay in the top position. Cut off any racers that get a tad too close to you by turning into their direction. If you’re driving on a straight pathway and someone’s tailing you, pull this lil’ stunt on them – let ’em get close to you, then bump ’em off the road. HA! Dirty DRIVING FTW!

4. Don’t Go Too Crazy on The Road, Though; This Isn’t Bumper Cars

Yeah, we know we just told you to knock off anyone on the track if you’re in first place. But if you’re in a lower pole position, play it safe by driving safe. Avoid scraping your ride against other rides and those roadside obstacles. If you play this game as if you’re a Burnout veteran, then you won’t get very far in this game. Your vehicle’s performance will noticeably take a huge dip if you drive a bit wild on the road.

Imore.com offered some tips to players on picking up the right upgrades for your car collection:

An increase in top speed isn’t going to help on most tracks and challenges. Engine upgrades tend to offer better results in top speed, but less in terms of acceleration. In a lot of the races in RR3, lower 0-60 times will benefit much more than being able to go 195mph. The start is crucial, and getting away from the line and up to racing speed quicker will ultimately gain you more places in the early part of the race, and being able to pull away from corners quicker than your opponents will help you consolidate your position once you’ve passed them. So, look to upgrading the drivetrain before the engine, get that 0-60 time down. Also look at combining this with reducing the weight of your car.

6. Make Sure You’re Familiar With Each Race Circuit and Stage Layout

Imore.com also offered some advice to players on the best way to approach each circuit/stage the game throws your way:

This comes with playing time, but as you become familiar with the circuits make sure you take note as to which layout you’re racing on. This will affect your mindset, and possibly even your choice of car going into a race. For example, all Cup races at Laguna Seca will see you starting 22nd on the grid, which puts you the other side of the final turn. So you’re already at a disadvantage, with a slow corner to negotiate before even hitting the start/finish straight. Here you’ll want to be in the absolute fastest car you have for the race. Likewise at Silverstone, there are three different configurations, with two different start lines. Both see you starting a cup race on a turn, but the National layout sees you use a completely different part of the circuit to the International layout, while the Grand Prix layout combines both. Considering the track before the race is almost as important to success as the car you choose.

7. So Which Ride Should You Put in Your Garage Immediately?

The ride you should have in your garage ASAP is the McLaren MP4-12C. This vehicle has some of the best stats of most of automobiles in the game. This ride is a one-way ticket to most of the racing circuit series that you’d normally wouldn’t have access to with your other rides. SPEND SOME GOLD ON THAT MP4-12C!

8. Start Off With the Nissan Silvia Instead of the Focus RS

TouchArcade.com advises players on the best starting ride you should select:

On the subject of which of the starter cars to get, we agree with Xeyad: “Go for the Nissan Silvia, because it accelerates faster and brakes better than the Focus RS.” Additionally, when looking at what to get next your additional car purchases should be from the next tier of cars instead of merely saving up for the Focus RS to have two cars for the same class of races. While you totally can buy the Focus RS as your second car, you won’t be able to advance outside of the races that both those cars are eligible to compete in.

9. Don’t Worry Too Much About Competing in Races With Cars That Aren’t Fully Repaired

A few of the races that you’ll compete in don’t require your rides to be a full strength. If you’re low on cash and your driving skills are high enough, take a risk and use one of your non-fully repaired rides to compete. Sometimes you can just forgo the maintenance mechanics of the game and just take any of your decent rides into the fray. Don’t take a ride that’s on its last legs into a race. When your pockets are low though, use a ride that’s not fully prepared if you’re willing to.

10. Make Sure You Keep it Social With Your Real Racing 3 Buddies

DeltaAttack.com posted up some advice on going crazy with your social media accounts for the game:

GameCenter and Facebook are your friends, friends. As your friends race, they’ll leave some ghost data for you to compete against. You’ll net an extra 10% bonus money for every friend that you beat.

If you have any extra tips and cheats you’d like to contribute to fellow Real Racing 3 players, throw them in the comments section! 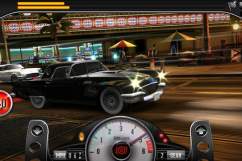