Plague Inc. is one of the most uniquely challenging mobile games on the market. Your sole pathogen has infected someone by the moniker of “Patient Zero.” With your virus now public, you are now given the task of wiping out the rest of the world with your worldwide plague.

This strategy game pushes you to make the most of your newfound plague, so you need some worth advice on what it takes to push it to the forefront.

Here’s the top 10 Plague Inc tips, tricks, and cheats that you need to know:

1. Let Your Plague Begin Its Reign of Terror on an Island

The main end goal for this game is to infect the entire world. If you want to start on a difficult place of land with a high population, you’ll need to target an island. Island regions seem to be a lot harder to infect than some of the other locations you’ll see in the game. Knocking down the tougher and more resilient populated island locales will make the rest of your pathogen spreading tasks much easier. Start off in Greenland, Iceland, Madagascar, New Zealand, the Caribbean, etc. Take out these islands fast!

Head to the next page to learn about the benefits of starting your virus off in a larger country!

2. Or Let Your Plague Begin to Tear Up Much Poorer Countries

If you’d rather start things off a little bit easier, then target any nation that’s not as well funded as some other ones. One country that fits the in-game’s qualifications for a poor country is India. India comes packed with a huge population and a somewhat “financially modest” medical research budget. Your plague will spread a lot quicker due to those two factors. This is the easier path for beginner Plague Inc. players.

Head to the next page to hear some tips on the right effects to spend your DNA on!

3. Spend Some DNA Points on Transmission to Speed Up The Infection Process

PlagueTips.com listed a few tips on what players need to purchase if they want to speed up the infection process:

In order to kill everyone, you must first infect everyone. To do that you need to spend your precious DNA points on transmission. Investing in most transmission means (other than air and water) will increase the likelihood of mutations. Mutations have the double benefit of being free and increasing how many DNA points you get with each infected country later in the game.

Head to the next page to read about the best use of trends and graphs!

4. Pay Close Attention to the Trends and Graphs

PlagueTips.com also listed some advice for players on reading the in-game trends and graphs correctly:

You’ll be amazed at how difficult the last few people can be to infect. Many times people will think they are on their way to winning around only to discover they didn’t actually kill everyone. If you don’t get the message “There are no healthy people left in the world,” there are uninfected people working to fend off your pathogen. This issue is most common with the fungus level but can occur on any level. If you are about to wreak havoc with lethality, make sure everyone is infected or your disease will stop spreading, leaving a few pesky humans around.

Head to the next page to get some tips on the fungus plague!

5. Make Good Use of the Fungus Plague and Its Special Ability

The Fungus Plague comes with a special ability that’s a great asset. The Spore Burst ability is one of the best ones you can utilize. Evolving this special ability makes it even more effective in the long run, so spreading your fungus much farther becomes much easier. The Fungus disease is the type of disease you need to focus on with your Transmission upgrades.

6. Make Good Use of the Nano-Virus When You Obtain It

The Nano-Virus is an efficient plague that can spread much faster than the other viruses in the game. The only caveat that comes with using the Nano-Virus is the fact that a population can research and find a cure for it much faster. You’ll have to use this virus’s special ability to slow down the curing process so you you have an easier time spreading your Nano-Bots.

Head to the next page to learn about the stronger effects of a more lethal virus!

Making your lethal pathogen more…well lethal, means the difference between wiping out a population at a steady pace or an even faster one. The symptoms get even more fatal once you upgrade them to their second and third trail levels. If you want any of your viruses to become even more of a problem, then make sure you invest past the first upgrade tiers for your favorite viruses. Slowing down the cure research process for one of your viruses is possible through upgrading the drug resistance ability, so throw some upgrade points into that stat too.

Head to the next page to get some insight into what happens when your virus begins to reach its final stages!

8. What Happens Once You Start to Reach the Final Stages of Wiping Out Everyone?

The game’s Wikia page gave up some info to players wondering what happens during the ending stages of the game:

Once you reach 99%-100% Infection, you can begin to devolve your five Transmissions to refund some DNA points to go towards things such as Genetic Reshuffle to set back the Cure. Always make sure that you keep at least Extreme Bioaerosol until you get the message saying there are no healthy people left in the world.

Head to the next page to learn about the added advantage of targeting global events!

9. Make Sure You Target Huge Global Events With Your Plague; Pay Attention to the News

GlennWallace.HubPages.com advised players to plan their pathogen spreading activities wisely by paying attention to the news and global events:

Is there a major bird migration coming up? Have global weather patterns resulted in more rain lately? Have doctors discovered new insight into tumors, making them less effective? Plan your disease upgrades accordingly and the game will go better for you.

One event that always seems to occur is the London Olympics. So long as your disease hasn’t manifested as too severe, has at least a level one drug resistance, and has spread to at least a couple countries, the Olympics gives you a free chance to infect England. Seeing as England is a major plane and boat hub, this strategy is a very viable one to adopt.

If you’re in a close race to beat the global cure effort, pay special attention to any symptom that doctors have “a new understanding of (symptom X)” since if you use DNA to grab that symptom, the global cure will automatically gain a few percentage points! Also, if the iTouch cure device is being promoted, it is often worth the DNA to buy “Rash” followed by “Sweating” just to ensure the hands of the infected are too sweaty to work the device (also saving you from giving the Global Cure a boost).

10. Here Are What Some of the Symptom Combos Can Do to a Population

When a certain symptom begins to overtake a population, several instances of combo sicknesses occur. Check out the full list of symptom combos below:

If you have any extra tips and cheats you’d like to contribute to fellow Plague Inc. players, throw them in the comments section! 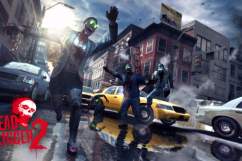