2013 was a year that was marked by some huge news. Most of those major news stories centered on one of the best pastimes that people are proud to engage in – video games. Next-generation consoles made their debuts, angry fanboys made a company flip the switch, unfinished/glitch ridden video games angered longtime fans and one massive release sold quite well. This list compiles the top 10 video games news stories that we all couldn’t stop posting on our timelines and argue about.

The next generation of gaming didn’t start with such a great introduction. At first, Microsoft’s Xbox One console was lambasted by gamers due to its DRM policies and “no used games” practices. Angry fanboys lit up Microsoft’s message boards and social media feeds, while Sony PlayStation diehards danced a happy jig as they celebrated their chosen console’s manufacturer’s perceived early victory. Microsoft knew they’d screwed up pretty bad, so they pulled a complete reverse on all of its plans for the Xbox One. Gamers now had a reason to buy the next Xbox now that gamers had the ability to play shared and used games without a problem. That change in stance evened the playing field and allowed Microsoft to gain some gamer goodwill back. Not all of it, but some of it. 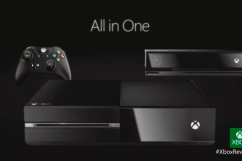 2. The PS4 Physically Debuts at E3 & Sony Crushes the Competition

The PS4 reveal event in New York was cool and all, but gamers didn’t get a chance to see the actual console itself. Gamers were forced to wait a few months more until E3 2013, since everyone predicted that Sony would show off their next-gen hardware and get everyone amped for the release date. Sony came in with a plan and executed it perfectly. Not only did they physically debut the PS4, they announced a release AND a cheaper price point than the Xbox One. The real kicker of the Sony press conference was its sly announcement that was surely taken as a major diss against Microsoft’s original Xbox One policies. The PS4 was announced as supporting used games with no further restrictions. Sony dropped the mic at E3 2013 and the crowd went wild.

Electronic Arts has been lambasted for the way it releases games and sticks “always online” mechanics onto a few of those games. 2013 saw two huge releases from the longtime publisher (SimCity and Battlefield 4), but longtime fans were none too happy with the (supposed) finished product. The reboot of SimCity was stricken with that aforementioned “always online” feature, which actually made the game nearly unplayable. On top of that, game breaking bugs and plenty of other issues destroyed any hopes of SimCity being the reboot fans always wanted. Battlefield 4 wasn’t any better, though! The current-gen and next-gen versions of the game were hurt by major technical issues, such as single player progress being wiped away and multiplayer matches never starting at all. Two of EA’s top games of 2013 were seemingly crippled by some suspect business practices and not enough development finesse.

E3 2013 was an event worth following for that full week all the way back in June. Microsoft, Sony and several other video game software publishers presented their press conferences. Nintendo skipped the live proceedings and presented livestream announcements and plenty of great games were shown for the first time. Nostalgic gamers jumped for joy at the sight of new sequels, prequels and reboots to their favorite franchises – Killer Instinct, Mario Kart 8, Metal Gear Solid 5, Dead Rising 3, Super Smash Bros. for Wii U and 3DS etc. New franchises for the next-gen also got gamers excited for fresh experiences – The Order: 1886, The Division, The Crew, Mad Max etc. Simply put, E3 2013 was miles ahead of E3 2012.

5. LucasArts is No More…

LucasArts has been a gaming staple for years thanks to their memorable adventure games and large collection of games based in the Star Wars universe. 2013 seemed like it was going to be another great year for the company. After showcasing the truly next-gen looking Star Wars 1313, industry pundits pointed at the company as becoming a major player on the Xbox One/PS4. Sadly, Disney put a stop to all that. LucasArts as a company was shut down and all of its in-development titles were no more. Now gamers will probably never get the opportunity to get their hands on that 1313. For shame…