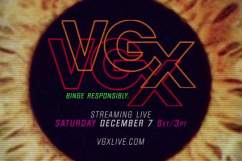 Spike TV’s annual Video Game Awards spectacular is known for showing off the biggest and brightest games for the future. This year’s awards show not only comes with a name change (VGX), but it also comes with some super exciting news – this year’s edition will feature the most video game demos and premiers in awards show history.

First up is the news sorrounding Square Enix’s plans for the big show. Two new game trailers from the game developer/publisher are on hand to make an appearance during the show. Karl Stewart, marketing VP of Square Enix Europe and North America, took to Twitter to tease fans about what’s being planned on behalf of his company:

Just reviewed the final cuts of both trailers we're showing at next Saturdays @spiketv #VGX. Amazing stuff from the teams as ever. Cant wait

Geoff Keighley conversed with some of his Twitter followers and released some details on what’s going down at VGX 2013. It sounds like this show is going to be packed with new trailers and games:

@seldoon17 more than ever before and some demos

Tom Clancy’s The Division is making an appearance during the live feed:

New in-engine look at Tom Clancy's The Division from @ubisoft is coming to VGX this Saturday night at http://t.co/NvzgjNgG4J

Ubisoft also unveiled a new teaser trailer that hints at the revolutionary gameplay mechanics that will get added to The Division:

The next tweet alludes to new footage being shown for Assassin’s Creed, Watch Dogs and an unannounced Ubisoft IP:

Tim Schafer’s Broken Age may pop up for a new trailer as well:

@neel_ru it's cool, @timoflegend has some news to share at VGX that he's been saving for a while.

@mountain_duwe don't want to get into numbers. There is new stuff for sure.

@PaulRIrizarry some elements we haven't announced yet 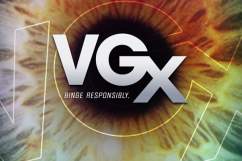 Along with these good news, there’s a slew of disappointing news reveals that Geoff tweeted out. It looks like we won’t see any new footage regarding the newest Final Fantasy games:

@RedMakuzawa Not aware of any final fantasy news at VGX

The next-gen Mad Max game isn’t showing up, either (dang…):

@SameerMonier only game on that list we have announced is Quantum. No plans to show Mad Max.

Xbox One exclusive Quantum Break won’t be shown during those live demo showcases:

@SameerMonier won't be a live demo of that one

And Wolfenstein: The New Order and Sony’s The Last Guardian won’t be showing up, either:

@RedMakuzawa I have no idea on Last Guardian.