The Xbox One revival of Killer Instinct has been out for a few months now. Fighting game enthusiasts have become real familiar with the readily available characters on the roster, such as Jago, Thunder and B. Orchid. But now a returning character will be making his re-debut on next-gen hardware – the skeletal warrior known as Spinal.

Take a good look at his overall move list and game mechanics in the video above.

Here’s everything you need to know about the latest roster addition to Killer Instinct (Xbox One).

1. He Has Unique Combo Traits

Spinal comes back to Killer Instinct with some pretty different combo mechanics that differentiate him from the rest of the roster. His combo tech is being referred to as “Ghostly Manuals.” An example of what this entails involves Spinal performing an auto-double move, which is then followed by a 3rd attack that lands after a few seconds of play time. Spinal players have to take advantage of his combo moves, since he’s described as being slow. Check out the reveal trailer for Spinal above.

2. He Has A Bunch of New Special Moves

Spinal has access to skulls this time around. These skulls can be obtained through a number of different factors during a fight, such as:

These skulls can be used as projectile moves, which comes in three different types. One of those skull projectile types can be utilized as an overhead projectile. Once any of these skulls lands on an opponent, his/her’s Shadow Meter will begin to drain. This in turn helps Spinal gain more energy for his Shadow Meter. These skulls can also drain the other opponent’s Instinct Meter. Once Spinal enters his Instinct mode, Spinal gains access to a bunch of skulls and he gains the ability to birth more skulls until his Instinct meter hits 0. The heavy versions of Spinal’s specials all consumes any of the skulls he currently has. Most of Spinal’s special moves require quarter-circle inputs.

3. His Shield Plays a Huge Role in Battle

Spinal’s trademark shield can be used to absorb other player’s moves and projectile maneuvers. Once a move is absorbed, Spinal can quickly counter afterwards. Spinal also has a running move special, which can be cancelled into Normal moves or Opener moves.

5. He’s Losing on of His Abilities From Past Killer Instinct Games

For fans who want to use Spinal’s ability to transform into the other fighters on the roster, we have some bad news for you all – that ability won’t be making a return to this next-gen reboot. But hey, at least he comes back with a familiar taunt that old-school fans known and love. Spinal holds his arms open and performs his cackle laugh. That should make your opponent super salty. 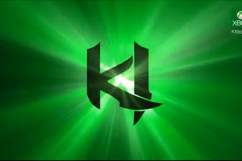