15. South Park: The Stick of Truth

HILARIOUS! Have you guys seen the trailers for this thing? Pure, unadulterated comedy that will surely offend some folks. Who cares, right? IT’S SOUTH PARK! When THQ lost this game, we were scared about the status of it. Thank the gaming gods because Ubisoft managed to pick up the rights to South Park: The Stick of Truth. The visuals look amazing in action. It looks like you’re practically in control of an episode of the show. The RPG mechanics are there, along with the incredibly offensive humor that make us giggle for hours. Farting super moves? SING US UP! 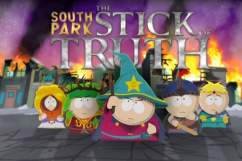 South Park: The Stick of Truth: Game Trailers and Gameplay Videos You Need to See

For anyone who actually sat through the entirety of the first Bayonetta, then you know just how insane this sequel is gonna be. Bayonetta 2 is a Wii U exclusive that will blow gamer’s minds with its over-the-top action and sexually suggestive poses from the lead Umbra Witch. The moment-to-moment melee gameplay and wild demon summons we’ve seen so far have us extra prepared to get sucked into some more Bayonetta madness. 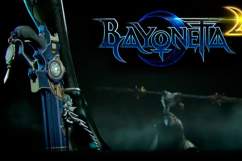 Bayonetta 2: Game Trailers and Gameplay Videos You Need to See

We’re gluttons for punishment, so you know we’re ready to hop into the unforgiving world of Dark Souls 2. Things will be difficult, for sure. But we’re already in the know about how difficult our adventure will be for out custom made cursed hero. The new usage of dedicated multiplayer servers and the return of Covenants will make this feature-rich series a lot harder to put down. Prepare to die…a lot. 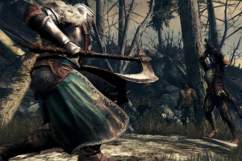 Game Informer knew the gaming world wanted to know about the future of Dragon Age. The newest game in the series, Dragon Age: Inquisition is the return to form for the series that BioWare has been producing for a long time. The familiar player races make a return, but some of the new features we’re expecting to really take advantage of are the new battle mechanics and deep customization options. We know the decisions we’re going to make in this sequel will reach far and wide in Inquisition. It’s time to return to Thedas.

Electronic Arts and the devs behind the Dead Space series (Visceral Games) are going to do something different with the Battlefield series for 2014 – cops and robbers! The massive tanks and war torn beaches of past games are getting ditched in favor of metropolitan wars between the cops and the thieves they’ve been sent to stop. We’re heavily anticipating a ton of fun multiplayer matches where chaos ensues as robber try to run off with some dough while the po-po try and take them down fro ma helicopter. We’re loving the beta right now, so you can get an early sample of how great this game’s going to be. 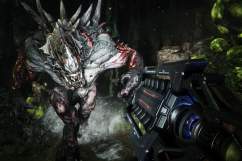