Check out our extensive coverage of everything that was showcased during the latest edition of the February 3, 2014 Nintendo Direct broadcast! If you’d like to watch the entire livestream again, feel free to watch the video posted above.

1. Little Mac Has Officially Been Added to the Super Smash Bros. Roster

Little Mac of Punch-Out series fame was revealed as the 23rd roster addition to the upcoming Super Smash Bros. for Wii U and 3DS. His boxing prowess and amazingly awesome Final Smash was shown in a great new trailer. There is still no confirmed release date for the next Smash Bros. game.

The new trailer seen above was released in anticipation of a release date announcement for Mario Golf World Tour. This 3DS exclusive will be launching in the US/UK regions on May 2, 2014. Along with this release date news, a new single-player mode was highlighted. This new mode, known as “Castle Club” mode, lets players use and customize their personal Mii in the game. Some of the Mii properties that can be altered include a player’s shot properties, distance and control.

Also, Yoshi’s New Island showed off some the newer locales that are going to be present in the final release. Some of the game’s other newly announced features include:

– The return of in-game transformations for Yoshi (Yoshi can change into a jackhammer or even a submarine)
– Gyro (motion) controls
– Flutter Wings for Yoshi that are meant to make the game more easier to navigate and complete for less skilled players. These wings will allow Yoshi to fly through the air and pass through walls

Yoshi’s New Island will be launching in stores and through the 3DS eShop on March 14, 2014.

3. A New Trailer Was Shown for Persona Q and Several Other Video Games Aimed at the Japanese Market

The Japanese portion of this Nintendo Direct presentation showed off plenty of new trailers for the following games: Persona Q: Shadow of the Labyrinth, Phoenix Wright Trilogy, Monster Hunter 4G Ultimate (2015) and Professor Layton and the Azran Legacy – Emmy’s Story (February 28, 2014). You can check out the trailers for the last three aforementioned games below:

4. A Sequel to Steel Diver Was Showcased

A sequel to Nintendo’s mobile submarine simulation series, Steel Diver, was announced – Steel Diver Sub Wars. Take a peek at the first trailer above. This 3DS eShop release is now available for $9.99 as a premium, full download. Players can also choose a download a free version of the game that features two basic submarines, the beginning of the single-player mission mode and several multiplayer modes. Local 4 vs. 4 and online competitive game modes will be available within both versions of this downloadable title.

Kirby: Triple Deluxe finally has a concrete release date in the US – May 2, 2014. As for European gamers, they can look forward to getting the game on May 16, 2014. The latest trailer for this 3DS release showed off the new 8-bit collectible items, Sun Stones and the involvement of Waddle Dee via StreetPass connectivity. Players who locate Waddle Dee to improve their items, plus players can gift keychains to other 3DS owners who have also played the game. 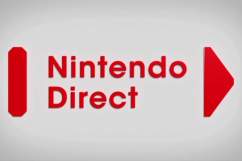