The overall sentiment towards the Final Fantasy XIII saga has been either really hot or really cold. The developers behind the last two games in the series have managed to listen to all the complaints and suggestions that diehard Final Fantasy fans have thrown in their direction. With that in mind, this final conclusion takes everything that worked in previous iterations and provides a fitting conclusion to Lightning’s years long journey.

The plot that pushes you forward into Lightning’s world is quite heavy on the heart. The world is coming to an end due to the increasing amount of Chaos inhabiting it. Lightning is awoken from her self-induced slumber by an almighty God. Her mission? Retrieve as many souls as possible from this dying world so that her God may refill his new world with them all. Saving souls means that you’ll take on a variety of quests that revolve around the themes of redemption, forgiveness, sadness and much more. The storylines that you’ll find yourself tied to bring up some interesting characters from series’ past. It’s interesting to come into contact with Lightning’s former party members and understand their new ambitions and feelings toward their former partner.

Some of the many quests that you’ll get involved in are more intriguing than others, but all of them are fulfilling enough to keep you playing until the end. It pays to complete as much of the main story as possible, since the major revelations about each character you come across are worth investigating and discovering. Lightning and Hope may not the most interesting protagonists in the Final Fantasy XIII series, but the newer protagonists/antagonists that they run into keep the story alive and well. The inclusion of the Datalog is very helpful for newcomers and veterans of the series alike, since it keeps summaries on each huge plot point and moment you come across.

Lightning’s trek across the locations that make up Nova Chysalia reveals some incredible looking locales. Luxerion plays it part as a metropolitan area that’s ruled over by a religious sect; Yusnaan operates the big city that’s filled with people with even bigger dreams; The Wildlands is the last remnant of forest environments that remains; and The Dead Dunes is a desert themed location that’s filled with bandits and treasure. Each key location looks beautiful and sticks to its aesthetic theme perfectly. Everything looks quite amazing, especially when nightfall lands. People can be seen hustling and bustling about as Lightning paces around in whatever garb you choose to make her default outfit. Nova Chrysalia may be at its end, but you wouldn’t think so due to how great all of its last locations appear. Only problem is the constant slowdown during epic battles and the texture clipping keep Lightning’s world from shining at its brightest.

The Final Fantasy series is known for featuring some of the best original music ever heard in video games. Lightning Returns continues that trend here. From the battle ready anthems that hype you up during huge boss encounters on down to the soothing songs that play in the background as you run through the forests/cities, every song is beautiful in its own way. Longtime fans will certainly enjoy the musical nods and throwbacks that evoke memories of past moments/battles from Lightning’s history. The music and audio that accompanies this grand adventure is also grand itself.

Lightning is on a solo mission this time, which means you’ll have to make her your sole focus when it comes to taking on quests, battles and customization. The added platforming elements that make Lightning more mobile are cool to see in action, but they don’t play enough of a role to make you use them frequently. Your main concern is saving as many souls as possible before your God destroys this once thriving world. The main missions that you’ll encounter take up a majority of your time, while the side quests and Canvas of Prayers item requests can be be completed with a few hours to spare. Defeating enemies isn’t your main way of getting Lightning stronger, though; completing the many tasks thrown at you are the only way to properly upgrade her. This change in gameplay is hard to get used to at first, but eventually you’ll find yourself with a much improved Lightning due to your completion of several quests and missions.

The constantly running doomsday clock is a blessing and a curse in many cases. Even though there is much to see and do in the final days of your world, you won’t have too much allotted time to do anything and everything. Lightning is eventually granted the ability to pause time, but even this ability doesn’t help to keep the end of your days away much farther. Time moves fast, which means you have to finish your daily tasks in a much quicker fashion. The countdown clock forces you to decide the priority of Lightning’s mission/quest structure and constantly keeps you on the move. Thankfully, time stops as you engage in battle and hop into the customization menu. However, you’ll begin to feel as if time is working against you instead of with you. Keeping a close eye of the clock while you rush to certain quest/mission locations sometimes becomes a problematic affair. You’l have to ignore the urge to go exploring and looking for hidden items in this deviation from traditional RPG gameplay.

The newly added mechanics of dressing Lightning up and granting her new classes/gear is a great adjustment to the series. There’s plenty of outfits, weapons, shields, abilities etc. to put together for Lightning. It does grow addictive as you decide which costumes match up perfectly with the items you have in stock. You’re given the option to also increase the stats of abilities and strengthen your gear, so there’s an unlimited amount of options given to players who want the best version of Lightning possible. Equipping the best costumes and abilities, striking your opponents weak points and dealing massive damage while they’re in a stagger state are always gratifying and pleasing to encounter. The fights move at a great pace and are always filled with the depth needed to make them worth engaging in multiple times. The battle system adopts the ATB (Active Time Battle) meter along with real-time gameplay, which is a welcome change from the mechanics seen in the last two Final Fantasy 13 games.

Know this – you won’t complete everything on your first playthrough. Lighting Returns is the type of game that must be played through several times until you reach its true, definite conclusion. Some bosses may be too strong to face off with on your first go around and you may end up failing some very important quests/missions. Once that final day is reached and the clock hits 6 am, you’ll feel deflated and might not want to pick up the controller once again. This game should only be approached by patient gamers who are willing to do everything over and over again. This presents a huge issue for those who want to keep moving in a persistent world that’s not put on a constant death watch. The New Game+ option gives you a better opportunity to come in stronger for your next encounters, but replaying the same bits you already completed before is quite disappointing.

Lightning Returns: Final Fantasy XIII provides a fitting conclusion to the “Fabula Nova Crystallis” plot threadings that make up the Final Fantasy XIII series. The returning cast of characters, new roster members and the revealing moments that accompany them and their world are all easy to get sucked into. The end-of-days theme and doomsday clock provides some problems for players who don’t wish to constantly replay what they’ve done before, but the options to make Lightning stronger and increase her battle costume/stat options should keep you engaged enough to never give up. 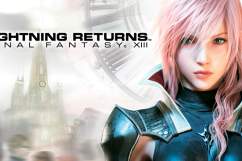 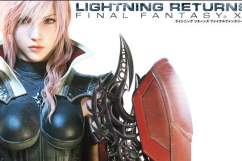