6. The Game’s Multiplayer Modes Were Also Leaked from the Beta

The official game modes that were present in the beta are Attrition, Hardpoint Domination and Last Titan Standing. Along with these modes, RazorUK found these other game modes that will pop up in the final version of Titanfall:

7. The Xbox 360 is Being Produced by Another Development Team

Respawn Entertainment is handing the development duties for the Xbox 360 version over to Bluepoint Games. Bluepoint Games have previously worked on remastered versions of classic games and converted them into titles for the PS3 and Xbox 360 (Metal Gear Solid HD Collection, God of War Collection and Ico & Shadow of the Colossus Collection). Bluepoint Games also developed original titles, such as Blast Factor.

8. Here Are The PC Specifications Need to Make This Game Work

The tweet seen above lists all the PC hardware requirements needed to play Titanfall. PC gamers will have to invest in a high-powered PC if they’re looking to hop into their own massive Titan.

9. A Titanfall Xbox One Bundle is Launching in March 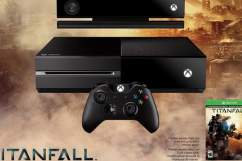 Check out the link above to read all about the special Xbox One/Titanfall bundle that’s also releasing in March. Below are the official release dates for the game on consoles and the regions they’ll show up in:

10. There’s A Collector’s Edition for the Game

The special Collector’s Edition for the game will be available for owners of the Xbox One, Xbox 360 and PC platforms. The items included in this special package includes: 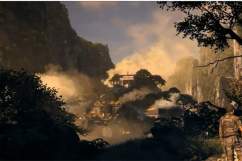