Hideo Kojima and his team of talented developers are working hand over fist to make sure Metal Gear Solid V is one of the greatest games to hit the next-gen era. Gamers are getting an early look into the overall mission of Big Boss through an extended tutorial playthrough release called Ground Zeroes.

The reviews for Ground Zeroes are out. How did the gaming public feel about Big Boss’ introductory mission? Check out the top 5 reviews below to see if you’re still willing to head into Kojima’s wide world of espionage.

IGN enjoyed the game’s high replay factor, open world mechanics and tough A.I. However, they weren’t big fans of the way the ending can come very quickly and how much weaker the action-oriented missions can be:

Metal Gear Solid 5: Ground Zeroes is a short but challenging game, and those willing to cast aside conventional expectations will find a lot more here than first glance might suggest. While I’m unconvinced that Kojima is quite ready to tackle more controversial narrative material, for the most part Ground Zeroes represents a new, more sophisticated era for Metal Gear. A Big Boss/Snake adventure has never looked or played better, and in it lies incredible promise for its enormous big brother.

GameSpot did enjoy how challenging the game could be and how great the character’s voice acting/dialogue/animations were. Their only issue lied in the game’s somewhat confusing plot threads:

Unfortunately, if you hope to be entertained by an equal helping of Metal Gear’s typically perplexing and intriguing narrative, you’ll most certainly be disappointed. There’s some fat to savor here, hints of what’s to come in the next chapter of Metal Gear Solid V, but once you’ve digested the cutscenes that bookend the main mission, it’s a pure gameplay-driven experience from then on out. Though it’s unusual for everything to take place in a single location, there’s so much to do and see, and whether you take a stealthy or head-on approach, infiltrating Camp Omega is a thrilling experience that shouldn’t be missed.

Game Informer’s review noted that this extended demo was good at best. The reliance on several missions taking place in one location disappointed them and made them look forward to the full experience of The Phantom Pain that much more:

Even for longtime fans of the Metal Gear franchise, Ground Zeroes may not be worth playing. It spreads its strengths thin over too little space, relying on the repetition of a handful of unremarkable missions in the same area. That’s the bad news. The good news is that the core stealth is fun, and the innovations on the gameplay front are promising. When supported by enough variety, progression, and story development, these mechanics could form the foundation of a fantastic game. The Phantom Pain could eventually be that game, but Ground Zeroes is definitely not.

Computer and Video Games loved the game’s open-world, beautiful FOX Engine graphical presentation and great audio/visual effects. They deducted points from their final score due to the game’s short length and light story:

Ardent stealth fans will no doubt replay the prologue’s few missions for many hours, but for the rest of us, and certainly those who value the Metal Gear series for its narrative above all else, Ground Zeroes presents a purchase conundrum that is not easily justified.

The Official PlayStation Magazine UK felt that Ground Zeroes’ is the perfect game needed for multiple playthrough’s. They noted that the game’s asking price is a bit much for such a short experience, though:

As it is, Ground Zeroes offers a couple of evenings of essential PS4 stealth. And really, who could put a price on that? Other than Konami… who plumped for the overly stingy one. Rich in depth and quality, if not quantity, this prologue provides an exciting peak into a potential PS4 classic. Just steel yourself for a bite-sized Big Boss. 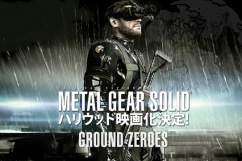