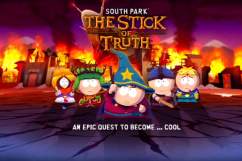 South Park: The Stick of Truth: Top 10 Facts You Need to Know

South Park: The Stick of Truth had dodged all the doom and gloom of video game delays, which means it has successfully released on consoles! But was it worth the wait? The reviews are out and we’ve rounded up the best ones for you to see. Check theme all out below and decide if this animated RPG should be added to your video game collection.

IGN’s video review noted that the game’s active battle system and nods to the cartoon are impressive. Their main issues with the game came from the apparent lack of differences between the character classes. They still awarded it with a high score, though.

GameSpot’s review was pretty low among the other scores floating around the web. This review noted that the game is indeed fun, but its simplistic battle mechanics and super offensive scenes were brought up as knock on the final product.

Game Informer’s review was a bit more positive than GameSpot’s. They were cool with the game’s appropriate length of time it takes to complete, but they weren’t so appreciative when the game’s glitches popped up from time to time:

Another element that helps with that is the running time, which shouldn’t take gamers more than 10-12 hours. Even in a relatively short amount of time (for an RPG, at least), players go to many interesting areas that are different from anything I’ve previously seen in the genre. If you find yourself tiring of one particular area or theme, odds are good that another unique and bizarre situation is on the way.

The only technical issues that I ran into were occasional visual hiccups. On a few occasions when exiting indoor areas, certain visual elements like bushes, garage doors, and my character’s skin or outfit would be invisible. This never lasted long, as the game would correct itself in a few moments or whenever I entered a new area.

Head to the next page to see even more reviews for South Park: The Stick of Truth!