Ubisoft’s Watch Dogs is one of the more talked about new IP’s that gamers have been looking forward to for a long time. Through constant delays, graphical change-up controversies, feature film movie plans and more, the open-world 3rd-person shooter has endured it all and had finally released in stores. So now everyone wants to know – is Watch Dogs worth all the pomp and circumstance it got leading up to its release?

Check out what the gaming press thinks about it with all the reviews posted below!

Game Informer were huge advocates of the revolutionary hacking abilities and on-foot controls. However, they maligned the the slight change in visuals fidelity and the majority of licensed songs:

At the end of the day, Watch Dog’s story works as a basic revenge tale, and the final few missions provide some gravity to the characters. Ultimately, however, the main draw of any open-world game is the gameplay, and while not perfect, Watch Dog’s hacking abilities add an engaging and unique twist to the third-person action. Ubisoft has another deserved hit on its hands, and I look forward to seeing where the new series goes next.

One-button hacking might be overly simplistic, but it does give you abilities that make playing through Aiden’s story feel powerful and fun. Doing side missions and multiplayer as you make your way through the dark and lengthy story makes it feel like a huge adventure, and stealth options let you play smart if you prefer. Car chases aside, Watch Dogs is fundamentally very well made, and has more than enough unique ideas to make it a great and memorable open-world action game.

Gamespot’s review pointed out the hacking elements, clever mission structure, fantastic online modes and more as the game’s biggest positives. As far as the negatives go, they weren’t big fans of the narrative’s inconsistent tone, invaluable money/reputation mechanics and somewhat boring online invasions if they’re pulled off without a hitch:

Aiden’s soul is still locked away, too, even though I spent dozens of hours with him. But while I can’t say who Aiden truly is, I can confidently say that Watch Dogs is a lushly produced and riotous game with an uncanny ability to push you from one task to the next, each of which is just as fun as the last. This version of Chicago is crawling with a hyperbolic number of degenerates, and I didn’t mind squashing pyromaniacs and slavers under my tires as I plowed through the streets chasing after a hacker, hip-hop beats blasting from the radio. After all, the struggling mothers and homeless beggars wandering Chicago deserve some peace of mind, and doling out some street justice is a good first step.

It’s these state-of-the-art thrills, combined with a genuine desire to investigate and fiddle with every inch of Chicago, that’ll push you to play until the bitter end; until the game has spilled all its secrets. The story is unlikely to keep you logged in, and the missions will often feel annoyingly familiar, but if you connect with and really explore this high-tech world, there are plenty of virtual–and emotional–rewards to harvest.

Polygon loved the huge variety of great open world content and hybrid playstyles of stealth and action gameplay. They weren’t exactly thrilled over the stereotypical characters and muddy morality of the game’s protagonist:

WATCH DOGS OPEN WORLD IS TRUMPED BY ITS SMART, LAYERED MECHANICS – As an open world game, Watch Dogs provides “enough” — enough sidequests, enough space, enough of a playground — to qualify, but it doesn’t quite place. Other games have nailed a better balance in optional activities and large-scale ambiance, including other games from Ubisoft Montreal itself. But when Watch Dogs focuses on the things it does better than anyone else, it finds an identity worth developing. As a hybrid open-world stealth-action game, it’s in a class by itself. 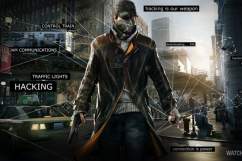