Is there truly life after death? Anyone who has a spiritual view on things knows that there certainly is. Those who believe in the realm of spirits and demons may also agree with the belief that you can’t move on to the afterlife if you have some unfinished business to tend to. Ronan O’Connor is forced to become a detective who operates in between the real/spirit realms as he seeks out the mystery behind his death and the killer that did it. This is the basis for Murdered: Soul Suspect.

The story behind this interactive mystery adventure is the strongest aspect of the game. Beyond the initial shock of Ronan’s death and ghostly re-appearance lies an overall plot that will keep you enthralled to the end. Ronan is a troubled individual with a dark past who finally moved to a life on the side of the law. His backstory provides the reasoning needed to care about the now deceased detective you’ll control. The many characters you’ll discover in the living and supernatural worlds are all interesting in their own ways, so you’ll always want to hear the inner thoughts of them and solve their optional murder mysteries.

The narrative ark here stays dark and dreary throughout, which is a good thing. The town of Salem, Massachusetts is known for its dark history in the real world and it makes the perfect setting for such a solemn tale. The usual characteristics of mystery/noir tales are present here, but the added elements of ghostly activities makes the story much more powerful and involving. Ronan, the troubled spirits that he comes across, Joy and the dreaded Bell Killer are all worth getting those extra clues on. The plot is told wonderfully and everyone in it provides the backstories you’ll want to know more about.

As a whole, Murdered: Soul Suspect looks and sounds great. Ronan’s out-of-physical-body form looks great (the added touch of the bullet holes still being visible on his body never gets old to gaze at). Moving through both realms introduces you to a wealth of locations that are easy to discern. The dark purple-ish sheen of the ghostly world and the constant nightfall present in Salem makes this game stand out. The strong audio here comes as no surprise since it’s one of the more integral parts of any strong adventure game. The voice actors give great performances and the terrifying noises that emit from the demons that chase you do justice to your sound system. Not only does this game gets points for how good the graphics and sounds are, it gets those extra points just for standing out from the glut of grey games that are all over the market.

As an adventure game, Murdered: Soul Suspect is okay when it comes to the basic mechanics of the genre. Ronan will enter into a plenty of occurrences that ask for his expert detective skills to fully uncover. You’ll pace around a particular crime scene and come upon a slew of clues that are needed in order to close a case. This is where things kind of falter a bit. Each sole mission is handled the same way – enter a room, walk around and search for clues, then pick the most obvious choices that pertain to your current predicament. Problem is though that all of this is nowhere near as challenging as you’d expect it all to be. There’s no way to fail a mission, so you can randomly pick clues until you get the right one and complete it.

Picking the wrong choice doesn’t truly yield any punishments beyond a lower rating. You won’t get too may low grades due to just how easy and in-your-face all the clues are. A good mystery-centered adventure will put you in harrowing situations that ask for your full brain power to get yourself out of. These types of games also give you a reason to discover all the tools needed to solve them. Murdered: Soul Suspect’s crime scenes brings down the experience a bit due to it being too simple to get through. Finding the right answers is never as involving as watching the story unfold. Find the items, pick the appropriate words that fit the person/mystery of interest and repeat. There are side missions and hidden items to pick up from time to time, but they both fall under the repetitive gameplay style that makes up Ronan’s murder mystery.

The investigations grow ho hum, but the demon sequences provide a few moments of terror and fun. After the 1st couple of instances where you run into them however, these action encounters head into the unexciting territory of the mystery sequences. Taking them out takes away the scare factor of some well-designed antagonists. Hopping from ghost trail to ghost trail, talking to other lost souls, invading people’s bodies and listening to their inner most thoughts and possessing TV’s is still fun. The actual game may grow tiresome, but the strong plot will force you to play through it all.

Murdered: Soul Suspect is the type of game that you’d get the most out of if you watched it instead of playing it. Following the sad and violent tale of Ronan and the Bell Killer is one of the more interesting stories to come out of such a little known game. The visuals and sounds that emanate from this ghostly tale put you into a haunting world worth visiting. It’s just too bad that the repetitive and way-too-easy crime scene gameplay disappoints. 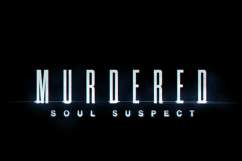 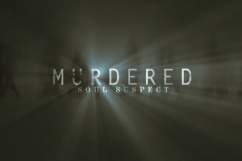