This interactive form of media has come a long way from simple bloops and beeps to amazingly lifelike interpretations of our world and beyond. Several documentaries have done a fine job of weaving through the long history of this entertainment medium. A new feature-length documentary on the world of gaming is launching in theaters and digitally come July 2014.

Video Games: The Movie looks like the type of movie every hardcore video game historian needs to. Here’s everything you need to know about this film and how you’ll be able to see it.

1. The Film Was Successfully Funded Via Kickstarter

Video Games: The Movie’s production credits are owed to Zach Braff, while the directing duties have been handled by Jeremy Snead. Back in 2013, Snead looked to properly fund the film’s finishing touches through a Kickstarter campaign.

At the end of the funding period for the film, 1,134 backers pledged $107,235 to the project ($60,000 was the original financial goal for the film). Thanks to the money raised, Snead was capable of financing the film’s editing process, obtaining the rights to the music used in the movie and getting usage of video game archival footage.

2. The Film Chronicles the Rise of the Video Game Industry

This documentary is primarily focused on the wide and varies world associated with video games. The film’s official website posted up a through description of what the entire movie will entail:

From executive producer Zach Braff comes an epic feature length documentary chronicling the meteoric rise of video games from nerd niche to multi-billion dollar industry. Featuring in-depth interviews with the godfathers who started it all, the icons of game design, and the geek gurus who are leading us into the future, VIDEO GAMES: THE MOVIE is a celebration of gaming from Atari to Xbox, and an eye-opening look at what lies ahead.

Available to own the day it hits theaters in the United States and Canada, versions of the film will also be available in many other countries around the world, including the United Kingdom, Ireland, Germany, France, Switzerland, Austria, Belgium, Luxembourg, Australia, New Zealand, Norway, Sweden, Denmark, and all of Latin America. Subtitling and dubbing will vary country by country.

3. Several Big Name Gaming Personalities Will Offer Their Candid Comments Within the Film

A large number of the men and women who have worked within or simply love the video game industry were filmed for this massive undertaking. Some of these gaming/geek culture individuals include:

Video Games: The Movie will be showcased throughout several states throughout the month of July and August (2014). Starting on July 15, 2014 and ending on August 24, 2014, this documentary will pop up in theaters for a limited time or one day only. Hit up the following LINK to get a heads up on when you state will be hosting a showing of this film.

Along with the film’s public debut in select movie theaters, Video Games: The Movie can be seen digitally on several digital streaming platforms (such as iTunes) starting on July 15, 2014. 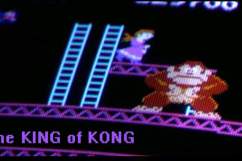