Here are the top 10 tips/tricks/cheats you need to know for Modern Combat 5: Blackout!

1. Before You Start, Set Your Controls and Speed Sensitivity ASAP

• Don’t just hop into the game as soon as you start it up! First thing’s first – you’re going to want to go into the Options menu and adjust your controls. Make sure you turn on the Auto-Sprint option, which allows your super-solder to move faster on the battlefield.

• You should also tap on the Custom HUD option and set your controls however you see fit. It’s best to keep your weapons wheel set to the right thumb, your movement should be centered and your close-up aiming/knife wielding options set to your left thumb. Or set your controls to whatever method you desire.

• There are four separate classes to play with. Each of these differing classes comes with their own set of guns, plus they have their own set of skills. You’ll have access to the Recon class at first, who is an expert when it comes to utilizing SMG’s and pistols. These soldiers are perfect for close-to-medium encounters.

• The Assault class comes equipped with assault rifles and pistols. They’re capable of dealing out the most damage to enemies, plus they always come outfitted with some extra ammo to spare.

• The Heavy class is most efficient in close-range combat. Their expert use of shotguns are proof of that.

• As for the Sniper, their use of sniper rifles make them the best at shooting down your enemies from long-range. This class is perfect for players who like to eliminate the opposition before they even know you’re there.

3. Auto-Shoot is Your Best Friend if You’re a FPS Beginner

• For those of you playing the game who are relatively new to the FPS genre, you may want to head into the Options menu and turn on the Auto-Shoot option. This beginner-friendly tool automatically fires your weapons as soon as your target viewpoint focuses on an enemy.

• Important note – Auto-Aim only works in single-player, so don’t expect to pull of auto kills in multiplayer mode.

• The Auto-Crouch options comes in handy, too. As soon as you get to a cover object, your soldier will automatically get into a crouching position.

PocketGamer.com.UK noted that players should pay attention the color notifiers when it comes to how accurate your aim is:

• Your accuracy – shown by the size of the crosshairs – changes based on what you’re doing. It’s worst when running, not great when walking, fine when standing, brilliant when crouching, and pinpoint when using a scope or iron sights.

5. You Have the Ability to Shoot Your Foes Through Some Walls

PokcetGamer.com.UK also notified players that it’s very possible to shoot your enemies right through some walls and obstacles:

• You can shoot enemies through some thin walls and materials – again, your crosshairs will go red if you can make the shot. Use your scout drone to outline enemies and then aim for the head.

• Getting XP means getting access to more classes, guns, gun attachments, different sets of grenades and character customization options. You can earn this valuable XP by completing missions, finishing 3-star objectives for said missions and even replaying the missions you’ve already beaten.

• You can earn even more XP during gameplay for pulling off some trick shots. Try going for headshots, explosive kills (when you spot barrels, propane tanks or gas canisters, you’ll know what to do – SHOOT IT!) and killing more than one enemy at once.

• Pulling off in-game achievements will not only net you some more XP, they will also grant you some cool medals.

• It’s extremely easy to get the “Executioner” medal for killing 10 enemies. Some of the other medals, such as the “Sharpshooter” (gaining three kills in two seconds) are a lil’ but harder to pull off.

8. Weapons Also Come With Their Own XP Meter

• Each of the guns you have can also be increased in damage, range, clip size and more. All you have to do is make good use of your weapons by…well, mowing down enemies with them. Note that each kill you get with a specific weapon will gift you 10 points for it.

• You can focus on a particular weapon class if you’re looking to unlock the next gun in that class. We think it’s pretty smart to unlock as man of the new assault rifles, sniper rifles and rocket launchers you can. These armaments will make you a serious threat in the assault and heavy classes.

9. With Every Level Increase, You’ll Be Granted SP

• SP (Skill Points) can be used to upgrade any of your classes specific skills. SP can be earned by completing certain missions/events and getting a promotion.

• Class skills can be upgraded to a 2nd, much more improved ranking with SP. Just keep leveling up and getting promotions to keep your stash of SP stocked up.

• This tip should come as no surprise to FPS veterans, especially mobile game-playing ones – instantly reload just by tapping on your currently equipped weapon in the heat of battle. Changing weapons means sliding your finger across the screen. 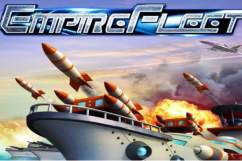