6. A Set of Manga Adaptations and Two CD’s Based on the Game Were Released in Japan

As for the two manga series books, one of them is a direct adaptation of the game’s events while the other one is a separate tale called Tales of Xillia 2: Bipolar Crossroads.

For American and U.K. fans, Tales of Xillia 2 is arriving 2 years after the release of the Japanese version. This game originally released in Japan on November 1, 2012. Famed Japanese video game publication Famitsu reviewed the game and awarded it with a score of 35/40.

8. Players Can Port Over Their DLC From the 1st Game to This One

For those who downloaded and used the DLC offered for teh 1st game, you can also use that same DLC in Tales of Xillia 2. And as expected, exclsuive DLC will be offered to owners of this sequel upon release and at a later date.

9. A Collector’s Edition Focusing on the Game’s Main Character is Available for Pre-Order

For the more hardcore fans of the game, a special Collector’s Edition is up for pre-order. Check out the pic above to see what comes with this decked-out special edition offering.

10. There’s Also Going to be a Day 1 Edition Released in Europe and Australia

For fans looking to nab the game on launch in Europe and Australia, you’ll be able to pick up this special Day One Edition. Check out what you’ll obtain in this exclsuive special edition of the game. 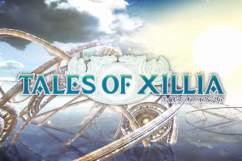 Tales of Xillia: Game Trailers and Gameplay Videos You Need to See