The Last of Us is one of the best games ever produced by Sony in-house developer Naughty Dog. The amazing narrative and emotional connection the two main characters made with each other are hard to deny. It was hard to believe the rumors behind this game getting a film, but now the rumors have been made legitimate.

During Screen Gems’ SDCC 2014 panel, producer Sam Raimi made his presence felt with a huge announcement – he’s helping produce The Last of Us movie. Neil Druckmann, the original writer of the game’s plot, is handling the script writing for the film too. Druckmann and Naughty Dog will have a say over who the final cast and director will be.

One of the 1st actors being rumored to star in the film is Game of Thrones actress Maisie Williams. Here’s hoping that this video game film doesn’t turn out like the other turds in its genre. Check out the tweets below from Buzzfeed reporter Adam B. Vary for more info on the movie.

Druckmann wasn't interested in LAST OF US movie at first. But Raimi impressed with his pitch. "We saw a filmmaker that got it." #SDCC

OK, correction, Sam Raimi talked Druckmann down from the different ending from the game THE LAST OF US. Druckmann: "It's evolving." #SDCC

Ellen Page in THE LAST OF US movie? Druckmann is a big fan, doesn't answer the question. #SDCC

"In an ideal world, Ashley Johnson would be 14. But there's some way to get those actors into the film." —Neil Druckmann on LAST OF US film. 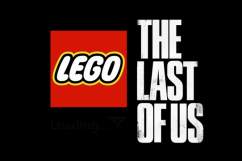 WATCH: LEGO The Last of Us, The Game We Wish Was Real