EVO 2014 is not only an expert exhibition of the best fighting game competitors on the planet. It’s also an expo that offers fighting game fans a new look at some of the next releases they’ll be playing soon.

The Xbox One exclusive Killer Instinct is getting a 2nd season that’s packed with new characters, mechanics and other surprises. We’ve already seen T.J Combo’s return to the arena. Now we know who else is making their comeback to KI – Maya. She’s bringing back her daggers, plus she can make them stronger and even lose them during battle.

Check out the video highlights above to see just how Maya will look once Killer Instinct’s 2nd season arrives. Expect to see a full character trailer soon.

EventHubs managed to deliver some of the finer points to come from the KI panel at EVO 2014:

• Air Counter Breakers are being added in the next installment.
– All characters will be able to utilize this new mechanic.

• “Stage Ultras” are also being added in season 2.
– We can expect more info on them soon.

• Season 2 is expected to be “bigger and badder,” and the developers are looking to add more substantial features and modes, such as new ladder systems.

• There will be more content than season 1, and luckily, we can expect to see bundles similar to the previous installment.

• The development team said that they intend to do a better job with season 2 classic costumes in order to ensure they are as close to the originals as possible.

• There will be a lot more to the Killer Instinct story in season 2.

• Maya’s stage is set in South America. The dev team states that Maya’s use of daggers changed the combat system.

• There will be no violent “Fatalities” this season.

• Returning characters will undergo changes, and Fulgore is getting tweaks that will make him more accessible. 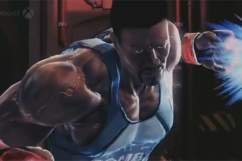