Assassin’s Creed Rogue – World premiere cinematic trailer [SCAN]The story of Shay is one of revenge. For the first time in the Assassin's Creed® franchise, experience the journey of a Templar hunting down his former Assassin brothers. Available November 11, exclusively on Xbox 360 and PS3. More info on http://www.assassinscreed.com Join the conversation on Twitter: #ACRogue Original music: "Hood" by Matthew Barnes (Forest…2014-08-05T16:00:06.000Z

New-gen console owners will be getting their own exclusive Assassin’s Creed release in the form of Unity. Ubisoft knows that fans of the series may not have made that next-gen leap just yet, which is why they’ve developed an Xbox 360 and PS3 version within the series cannon.

Assassin’s Creed Rogue has officially been revealed. This time, gamers will take control of an Assassin who’s decided to become a Templar. With his newfound alliance with the Assassins’ enemies, this new main character goes on a rampage as he hunts his former allies. The naval gameplay seen in Assassin’s Creed IV Black Flag will be making its return along with a host of new, unannounced features.

Here’s the 1st look at Ubisoft’s CG announcement trailer for Assassin’s Creed Rogue. You can look forward to playing it on November 11, 2014.

Share this announcement trailer for the new Assassin's Creed!

Game Informer releases a few more details on this past-gen adventure into the Assassin’s Creed storyline:

Rogue places fans in the shoes of a Templar, controlling former Assassin-turned-Templar Shay Patrick Cormac. Employing the popular naval gameplay from Black Flag, you navigate a ship across the frigid North Atlantic. Other locales you visit include the Appalachian River Valley and a reimagined New York. Shay is an assassin hunter who has to be even more clever to outsmart his sneaky foes. This entry takes place during the Seven Years’ War, filling in the gap between Black Flag and Assassin’s Creed III. We won’t spoil much, but it has a crucial link to the Kenway saga.

Our exclusive feature gives more insight into Shay, details how the cold waters are different from Black Flag’s Caribbean setting, and discusses the tools Shay has at his disposal for outsmarting assassins. The Seven Years’ War is part of what lead to France’s financial troubles, and it’s hinted that Shay has even deeper ties to Unity. 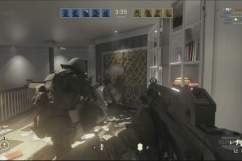