On November 11, 2014, last-gen console owners will thankfully get an Assassin’s Creed release aside from the current-gen release of Unity – Assassin’s Creed Rogue. The main assassin turned Templar agent who you’ll be controlling in this entry is Shay Patrick Cormac. Set between the events of Assassin’s Creed III and Assassin’s Creed IV: Black Flag, Cormac sets out to exact revenge on his former accomplices. This new gameplay trailer offers gamer some footage of Cormac engaging in ship battles and some sword dueling with a mysterious rival. 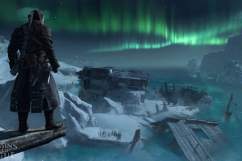