6. Memorization is the Key to Victory

• The game is called Retry after all, so you’re most likely going to die plenty of times. On the initial playthrough of stages, make it a habit to memorize all the obstacles that come your way. Replay stages over and over until you become familiar with its layout. Put in some work, remember when to duck and rise and don’t be deterred by all those deaths. Spend your coins and RETRY!

7. Keep an Eye Out for Company Sponsored Stages

• After completing stages, you’ll also unlock differing pathways. These trails either forward you to the next stage or send you off to two special stages. The more difficult stage option are usually the company sponsored challenge stages. Thankfully, your retries aren’t limited here. Collect the appropriate amount of items that the stage requests and nab that treasure chest!

8. You Can Earn Stage Retrypoints by Checking Out Ads

• You’re going to need those stage checkpoints in order to stay in the game. Crashing during a stage without having spent any coins on a checkpoint means you’ll have to start all the way from the beginning. You can earn yourself some Retrypoints by watching any of the video advertisements. Save these checkpoint unlocks for those much tougher stages, by the way.

9. Some Areas Within the Game Will Allow You to Land Safely on Top of the Water

TouchTapPlay.com told players that a few stage areas within Retry that allow you to land within the water:

• There are few areas in the game where you can land safely and water is one of them: whenever you see that, if you want to, you can allow your plane to fall face-first into the water. Nothing will happen and you will be allowed to continue your run without restarting. This is extremely useful to know and use in the stages where you have water.

10. Spend Some Coins on a Challenge Level ONLY If You’re Close to Completing It

Imore.com notified players that they should only give up some coins for a challenge level retry if you’re close to beating the level:

• After you exhaust all of your tries on a particular challenge level, you’ll have the option to buy more retries for a coin. You get 10 per each coin. I typically advise against doing this unless you’re extremely close to beating the challenge and have the coins to spare. Instead, wait a while and come back later to complete the level, without having to cash in coins. 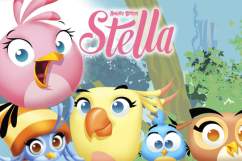