In this day and age, it’s harder to find someone who doesn’t like video games than it is to find someone who does. Everyone games, from the middle-aged mother playing Candy Crush on her PC to the teenagers fragging noobs in Call of Duty to the hardcore hobbyists who play League of Legends more than any healthy person should. That’s why video games make such an amazing Christmas gift. If that special person in your life has a video game console, he needs games to play. Luckily for you, 2014 was ripe was tons of new video games, which means it’s easy to find a perfect gift for that person on your Christmas list.

With so many new releases in 2014, it can be daunting trying to figure out what games to buy, but that’s why we’re here to help. Here are the best video games that released this year that make for perfect holiday presents.

Far Cry 3 was one of the surprises of last generation for me. The slew of sandbox games gave me open world fatigue, but Far Cry 3 managed to pull me into its tribal setting with fun attractions like shark hunting, hang gliding and raiding enemy bases. Far Cry 4 does more or less the same, only the setting is changed from that of a lush jungle to a city set in the Himalayan Mountains. The protagonist finds himself caught up in a civil war led by tyrannical ruler Pagan Min (voiced by the legendary Troy Baker). The best part about Far Cry 4 is the fact that players will be able to invite friends — even ones who don’t own the game — to cooperative missions scattered across the enormous play area.

If you don’t love the Pokémon games, I question what kind of childhood you had. People like to make fun of the unconventional designs of the new Pokémon, but the truth is that weird-looking Pokémon have been around since Pokémon Red/Blue hit store shelves in the ’90s. Another thing that hasn’t changed is how fun these games are. I’ve poured close to a thousand hours into the series. There’s nothing quite like breeding, training and raising hundreds of fighting critters in a quest to be the very best. Pokémon Omega Ruby/Alpha Sapphire bring with them new mega evolutions, the 3D graphics of Pokémon X/Y and new features to make capturing and fighting Pokémon even more fun. If you’re itching to play through the original stories of Pokémon Ruby/Sapphire/Emerald, there’s no better time than now to nab Omega Ruby or Alpha Sapphire. 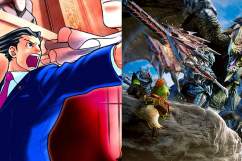 BioWare is known for its ability to craft deep, intricate, personal stories. Just look at the best-selling Mass Effect series which, in this humble editor’s opinion, is the best sci-fi universe to be created in any medium ever. The original Dragon Age was a critical and commercial success, with its long and detailed campaign where choices mattered. Dragon Age II didn’t hold up as well, though it’s still a great game. With Dragon Age: Inquisition, BioWare went all out in an effort to create one of the greatest fantasy RPGs ever. The developer’s track record proves they were capable of handling the task, giving players a sprawling world to explore, a brilliant story where player choice matters and a fun combat system players can tailor to their play style.

What’s great about Insomniac’s latest venture is how it doesn’t take itself too seriously — or at all. Run on walls, grind on power lines and jump off buildings all while trying to destroy the mutants that run rampant after drinking FizzCo’s newest energy drink. The world is as colorful and zany as your fully customizable character, and crazy weapons and funny respawn animations keep the good times rolling whether you’re downing baddies or they’re downing you. If you’re a fan of Insomniac’s other work like the Ratchet & Clank series, you can’t go wrong here. 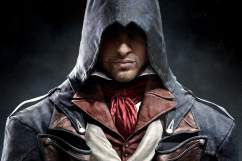