It’s that time of year again — the turkeys are starting to fear for their little lives, the gingerbread lattes are being poured into red cups, and the 2014 video game release calendar is coming to a close. There are still a few game releases coming in November, but we can pretty much pin down the games that potentially could be given gaming’s most prestigious award: Game of the Year 2014.

Last year’s winner was either The Last of Us or Grand Theft Auto V, depending on which publication you were reading. Both games received a new gen release this year for PS4 and PS4/Xbox One respectively. 2014 was definitely a strange year for gaming. There were some potentially major releases that just absolutely bombed for one reason or another. Titanfall was supposed to be the “it” game for the majority of the year, but was met with an abundance of criticism. And, even more notable was the flop that was Destiny, one of the most disappointing games of the year. Alien Isolation was better than Colonial Marines, sure, but it still isn’t a game of the year candidate by any means. So, what games could potentially be named Game of the Year? Here are the games that we believe are 2014 game of the year candidates.

The first thing anyone will notice when first picking up Dark Souls II is that it doesn’t play like any mainstream video game. It’s enjoyably unforgiving, and feels like From Software’s lovechild. The original Dark Souls styles is still contained within, but this second round adds quality of life improvements and makes various mechanics and systems more understandable for newcomers. The game looks great, sounds great, and plays great. Dark Souls II is an epic adventure from start to finish, and has a wide variety of environments and enemies. Its only flaw is that it isn’t available on Xbox One or PS4. 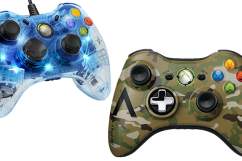 BioWare has blessed our gaming lives with another gem: Dragon Age: Inquisition. There’s no question that the game is the best new gen console RPG to date, and quite possibly the best console RPG of all time. There are over 80 hours of gameplay and a vast open world to keep you busy. Killing dragons is definitely an RPG cliche by now, but Dragon Age: Inquisition makes it the most enjoyable experience to date. Combat is excellent, dungeons are fantastic and the crafting system isn’t a chore, which is a breath of fresh air for the genre. If we had to guess, Dragon Age: Inquisition will win big at this year’s Game Awards.

Let me preface this by saying I don’t think a Nintendo game will win this year. It’s difficult to call something a game of the year candidate when a majority of gamers don’t own the console. But, that doesn’t mean Mario Kart 8 isn’t otherwise worthy. Mario Kart 8 is the best Wii U game for Nintendo so far, and is the best Mario Kart game of all time. It’s innovative and truly, simply enjoyable. I don’t ever see a family game like Mario Kart 8 winning game of the year, but you can’t deny that the quality is there. The graphics were breathtaking, the courses were well-designed and it somehow contains nostalgic charm while still introducing new elements to the franchise. Any game that can sell a console — which is exactly what Mario Kart 8 did for the Wii U — deserves a mention when discussing Game of the Year.

We don’t like the idea of Call of Duty winning another Game of the Year any more than you do, but Call of Duty: Advanced Warfare is undeniably a great game. It somehow brings the franchise back to its Call of Duty: Modern Warfare days while making it more futuristic with the Exo-suits. It plays buttery smooth, although there are still a few server kinks to work out (which is what will probably hold it back from being named GOTY). The new Exo-Suit abilities give the game a completely new feel, so it doesn’t just feel like another sloppily put together yearly installment. We don’t think it will win Game of the Year, but we wouldn’t be too disappointed if it did.

LittleBigPlanet 3 appears to be yet another advancement for the franchise, which has won numerous Game of the Year awards in the past. For some reason, we all love Sackboy and his many costumes, and this year he brings three new friends — all of which bring new gameplay options to the game — along for the ride. Sackboy can also climb in this one. But it has always been the community-created levels that make every LittleBigPlanet game seemingly live-on forever (I’m still playing LBP 2). There’s nothing quite like playing a delightfully difficult platforming adventure you’ve downloaded from somewhere on the other side of the world. LittleBigPlanet 3 has the potential to be one of the greatest platformers of all time, although we’ll have to wait to get our hands on it until next week.